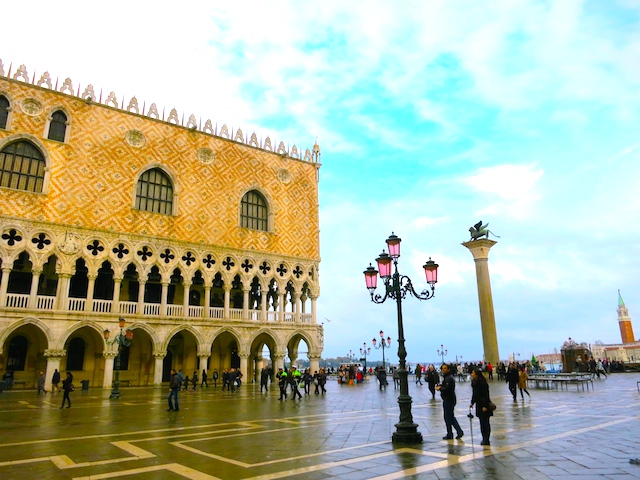 Cities in Italy, How to Fight With Your Husband in All of Them

Luxury travel blog » Places to Travel » Europe Travel » Italy » Cities in Italy, How to Fight With Your Husband in All of Them
March 13, 2015 by Carol Perehudoff

From the top of its watery head (Venice) to the tip of its sexy high-heeled boot (Puglia), there are so many things to do in Italy it’s dizzying. Stop twirling around in a panic. Take a deep breath and smell the oregano. There. Don’t you feel better?

Now let me tell you about the best cities in Italy to visit and how to fight with your husband in all of them. Oh, right. This is a travel magazine, so I’ll also tell you what to see, what we loved and what were our worst moments.

Use this guide to decide which cities in Italy to visit (and to fight in) for yourself.

Let me start off by saying I’ve seen a lot of action in Italy (no, not that kind of action). I got engaged in Umbria, bitten on the bum by a bee on my way to a gorgeous Tuscany spa, cycled on top of the medieval walls of Lucca and eaten more truffles than a wild pig.

I’ve argued with my (then) fiancé, Mark, about speeding on just about every highway Italy. Since I married him anyway, we spent part of our honeymoon in Milan and Venice.

(And he paid the speeding tickets back in Canada. I paid the parking ticket.)

So, while I can’t say I’ve been to all the cities of Italy, I’ve certainly been around (no, not that kind of around) and hope I can inspire you to dream about Italy, even when you’re awake.

Cities in Italy: Things to do in Rome

Of all the cities in Italy, Rome is the most visited by tourists (and they’ll all be in front of you in line at the Vatican).

The capital of Italy, Rome has 12 UNESCO World Heritage sites, pizza, the legendary Spanish Steps and the magical Trevi Fountain, which, if you throw a coin in, ensures your return to Rome.

Without question, there are a lot of fun and unusual things to do in Rome.

When in Rome go to the Colosseum (or fight about it).

Of course if you’re visiting Rome you have to visit the Colosseum, also spelled Coliseum, the most famous amphitheatre in the world.

The Colosseum has intrigued me ever since I read Daisy Miller by Henry James. Why? After Daisy meets her admirer, Giovanni, there at night, she catches malaria as the Colosseum is a breeding ground for the disease (don’t worry, not anymore).

Spoiler alert: Daisy Miller dies and her death symbolizes the downfall of a girl who shouldn’t have been out with men at night, and after that I really thought it would be a fun place to visit.

The Colosseum by day

Instead of lurking about the Colosseum at night, whispering romantic nothings to each other, Mark and I went in the scorching heat of the afternoon and argued over which to visit, the Temple of Vesta or the Colosseum.

We ended up splitting up (not permanently, but there were words spoken).

He went to the Colosseum and I, having been there before, went searching for the Temple of Vesta, where the Vestal Virgins once lived. If you’re into history and virgins (no, not in that way) I highly recommend it.

When in Rome visit the Villa Borghese

For a perfect day in Rome head to the Villa Borghese Gardens. Not only can you see my favourite sculpture in all the world, which I love even more than Michelangelo’s David, called Apollo and Daphne by Bernini at the Borghese Gallery, you can rent a pedal cart with a covered top.

This may make your (then) fiancé feel like an idiot but it’s an excellent way to tour the stunning grounds. The Villa Borghese Gardens are Rome’s 3rd largest park, and the cover on the side-by-side bike will semi protect from the brutal Roman summer sun.

In Rome we loved: staying at the Rome Cavalieri because of the outdoor pools and the views from the top of the hill – though it’s not central. I did not love staying near the Rome train station on a solo trip to Italy, but it was cheap (the hotel, not me).

Worst moment in Rome: After nagging Mark about bringing money to the sauna, I offered to look after it, left it all in the sauna and it was immediately stolen.

Rome travel tip: Don’t carry money around when you’re jet lagged. If you must, let the other person carry it so you can blame them when it’s stolen. PS: Mark was too polite to blame me, at least out loud.

Wish we’d done: Cooking classes in Rome. The food was so fantastic.

Cities in Italy: Things to do in Florence

Florence is, well, Florence. It’s hard not to love and if you’re looking for things to do in Italy, visiting Florence is an obvious choice.

My top pick for Florence is the Uffizi Gallery where you can fall in love with The Birth of Venus by Sandro Botticelli and then fall even more in love with his painting Primavera.

Check out my One Day in Florence post for more sightseeing options.

You can also enjoy Florence shopping battles with your (then) fiancé over whether it’s better to buy a leather jacket in the local stores or visit the outlet mall to buy a Gucci purse. That’s just no end of fun.

Cities in Italy: Things to do in Milan

Why don’t people love Milan more? It’s one of the most exciting cities in Europe.

The two most astonishing sights are within a 30-second walk, the Duomo and the lavish Galleria Vittorio Emanuele II, a historic shopping arcade with the loftiest most glorious glass ceiling you ever did see.

For more sightseeing options visit what to do in Milan for a day.

In Milan we loved: Staying in luxury at the Park Hyatt Milan, also within steps from the Duomo and the Galleria Vittorio Emanuele II, and where they put rose petals on our bed for our honeymoon.

Carol’s worst moment in Milan: Not being able to buy tickets to see the Last Supper.

Carol’s even worse worst moment in Milan: Not even being able to find a scalper.

Carol’s best moment in Milan: Finding a beautiful cashmere store and buying a sweater and matching scarf just before we left.

Lowest of all Milan moments for Mark: Realizing he’s just married a woman who insists on shopping when they should be leaving for the train station.

(Technically we didn’t argue, as technically you can’t argue on your honeymoon, but I fully suspect there was an argument going on in his head.)

Cities in Italy: Things to do in Venice

Aside from stomping around through flooded streets when it rains, Venice is truly one of the greatest cities in Italy for strolling.

No, scratch that – stomping around through flooded streets during Acqua Alta is one of the best times to stroll, or at least to attempt to. This is because you feel like an intrepid traveller on a unique Venetian adventure, rather than just another tourist in a seriously touristy city.

So many things to do in Venice

Just don’t listen to people who say, “Stay away from Venice because there are no actual Venetians living there anymore.”

Even if it is a living museum, it’s still one of the best places to visit in Italy (not only that, but I could have sworn our boatman and the concierge were living breathing Venetians).

I couldn’t remember what we fought about in Venice until Mark reminded me (even though technically we didn’t fight because, as I mentioned before, one doesn’t fight on a honeymoon).

We were taking the vaporetto down the Grand Canal with all our luggage and I was crammed in at the back with the bags and someone was trying to get around me and shouting because I couldn’t get the bags out of the way and where was Mark? Enjoying the view and the breeze at the front of the ferry.

In Mark’s defence, I’d told him I’d be fine with the bags. In my defence, he should have known I wasn’t.

Besides arguing, other fun things to do in Venice include:

For Venice in more detail read What to do in Venice when it rains. It’s good for sunny days, too.

In Venice we loved: staying at the fabulously restored Gritti Palace Hotel. Best moment: having breakfast on the Gritti’s terrace overlooking the Grand Canal.

Carol’s worst moment in Venice: having the bartender at Harry’s Bar look down his nose at her when she wanted to go to the secret upstairs part for celebrities (it wasn’t her fault she was having a bad hair day).

Mark’s worst moment in Venice: having his new plastic boot leak while we were slogging through water in St Mark’s Square.

But what, I ask you, is a relationship without laughter? (And maybe a wee argument or two.)

For more on Europe visit Top Places to Visit in Europe

One day in Johannesburg and my bruised traveller’s conscience
Next Post:Visiting Assisi, Italy, and my night with Giotto