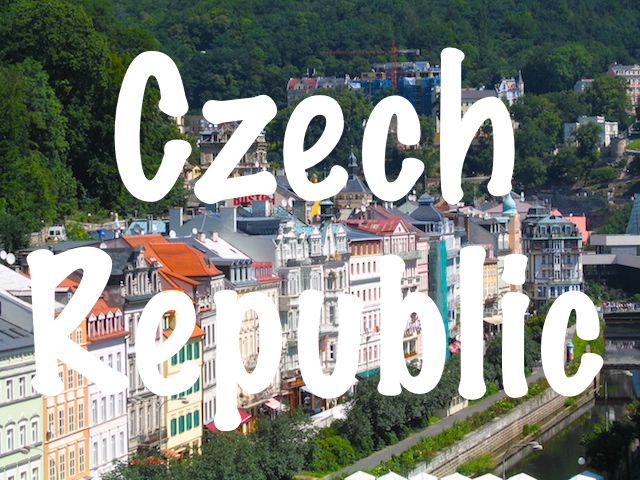 Things to do in the Czech Republic

The Czech Republic is a wonderful country to travel to and an easy introduction to Central and Eastern Europe. It has great architecture (did you know Prague is one of the few major cities that made it through WWII without getting bombed?), and a fascinating history from its days as part of the Hapsburg Empire to the Velvet Revolution when it broke with Communism in 1989.

Add to that atmospheric castles, unspoiled towns, natural beauty and a certain majestic elegance, especially in the spa towns of Bohemia, and you’ve got yourself a full itinerary that can include adventure travel, historical tours, spa vacations, beer and a lot of pleasant ambling around. To help you organize your trip here are some of the top things to do in the Czech Republic. 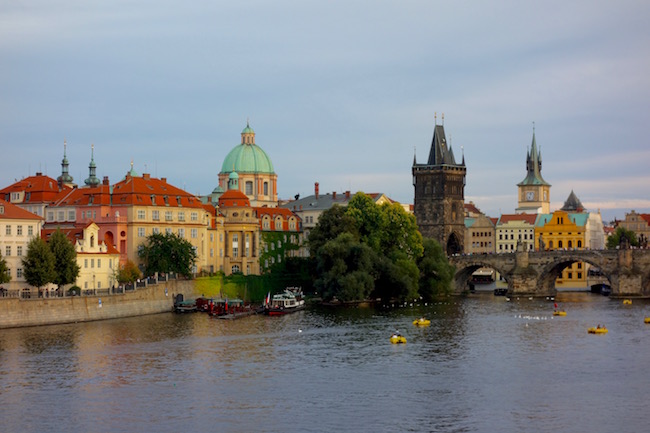 Things to do in the Czech Republic – Visit Prague

Prague is the top stop in the Czech Republic and for good reason. With the mighty Prague Castle lording over the city, the statue-lined Charles Bridge, the famous Astronomical Clock and endless cobblestone streets to wander through, it’s almost impossible to run out of things to see. Nonetheless, the Czech Republic has plenty of other less-travelled tourist attractions and it’s worth at least doing a few day trips.

Known as the Silver City, Kutna Hora’s wealth came from its silver mines and its city centre was declared a UNESCO World Heritage Site in 1995. While you don’t want to miss its impressive cathedrals, the Cathedral of St. Barbara, dedicated to the patron saint of miners, and the light-filled Cathedral of the Assumption of the Virgin Mary, one of the most popular attractions in the Czech Republic – and one of the most macabre – is the Sedlec Ossuary, or Bone Church, where the bones and skulls of some 70,000 skeletons (many from plague victims or casualties of war), have been fashioned into a strangely-striking masterpiece of skull chandeliers, chalices and candelabras. 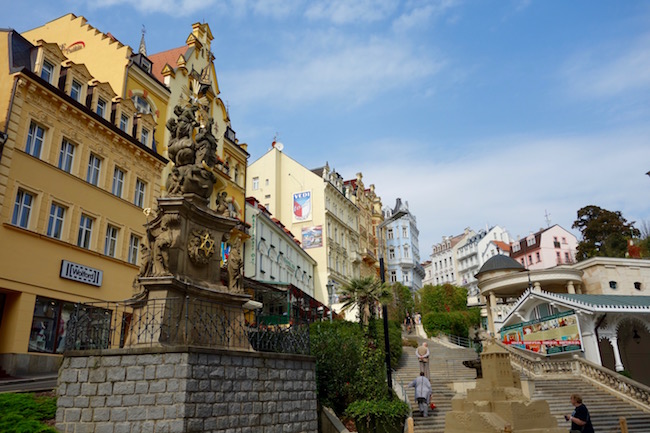 Taste the mineral-rich spring water of the Bohemia Spa Triangle

Near the German border, in the region of Bohemia, are the three famous spa towns of Karlovy Vary (Carlsbad), Marianske Lazne (Marienbad) and the smaller Frantiskovy Lazne (Franzensbad). During their Golden Age these stunning spa towns were part of the Bohemia Province of the Austro-Hungarian Empire, and the wind of the past is still very much in evidence today, with their graceful colonnades, beautifully laid-out parks and numerous fountains, where spa go-ers

Sample a Pilsner in Plzen

The Czech Republic is known for its beer and sometimes it’s even cheaper than a bottle of water. One of the most memorable things to do in the Czech Republic is to delve into heart of this golden brew at the Plzeňský Prazdroj Brewery (Pilsner Urquell Brewery) in the town of Plzen.  Explore the 10-km long cellar tunnels, once used to store beer, try a golden-hued Pilsner, then visit the Brewery Museum set in the Plzen’s original brewing-house. 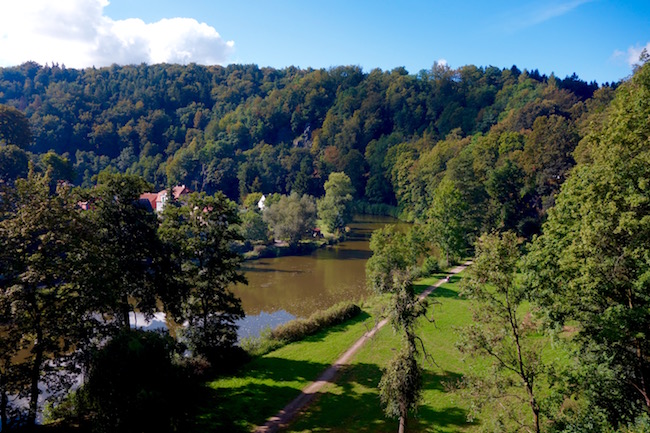 The picturesque town of Loket makes a great day trip from Karlovy Vary. A popular backdrop for film sets, Loket has an impressive castle, a pastel-hued medieval town centre and sits high above the Ohre River,  a romantic river that appeals to outdoor addicts who rent can rafts to float downstream from Loket to Karlovy Vary, a scenic 15-km ride that takes about 4 hours.

Step into the medieval past in Cesky Krumlov

A Renaissance beauty, this well-preserved town is firmly established on the tourist trail of the Czech Republic and popular as a day trip from Prague. Things to do in Cesky Krumlov include visiting the castle, exploring the medieval town centre with its 18th-century Plague Column and hiking up to the Chapel on the Mountain of the Cross.

Visit a Baroque library – or two

The Strahov Library in the 12th-century Strahov Monastery in Prague is the most famous – and largest – Baroque library in the Czech Republic. It’s one of the oldest libraries in Europe and is a cultural attraction well worth visiting. Both it’s Philosophical Library and Theological Library house thousands of rare manuscripts within ornate Baroque settings, including the rare and exquisite 9th-century Strahov Gospel. Equally beautiful (personally, I think it’s even more beautiful), is the Baroque library in the Tepla Monastery near Marianske Lazne. 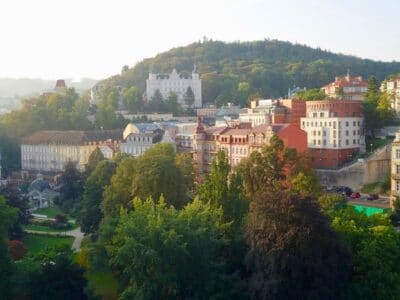 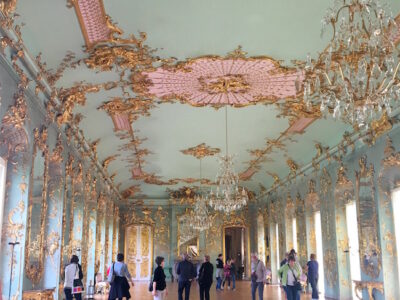 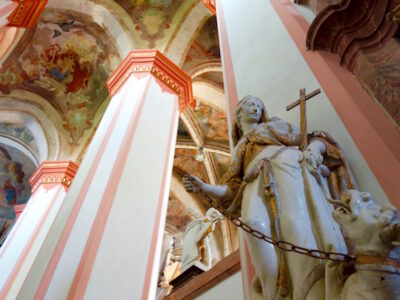 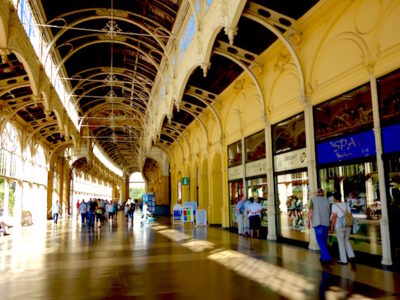 One day in Marianske Lazne, a Czech spa town 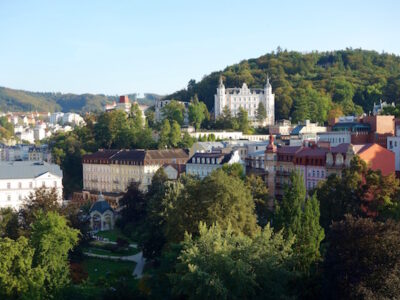 Things to do in Karlovy Vary, Czech Republic 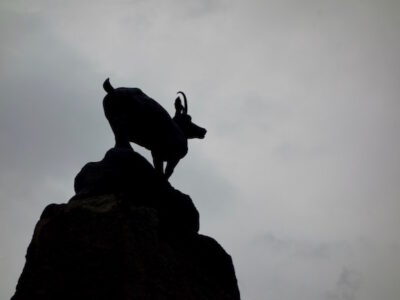 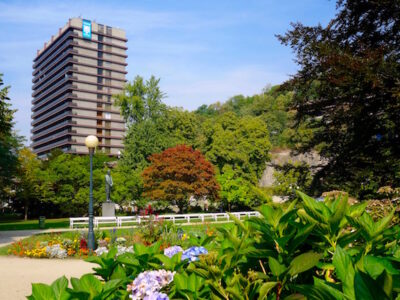 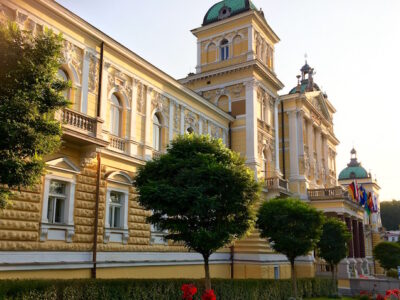 The easy way to spa at Marianske Lazne, Czech Republic 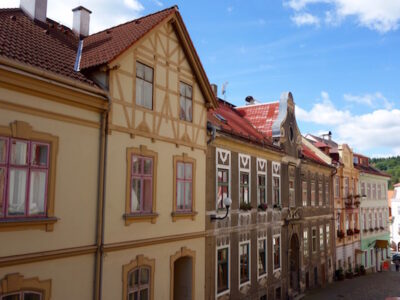 One day in Loket, Czech Republic – a celebrity hot spot