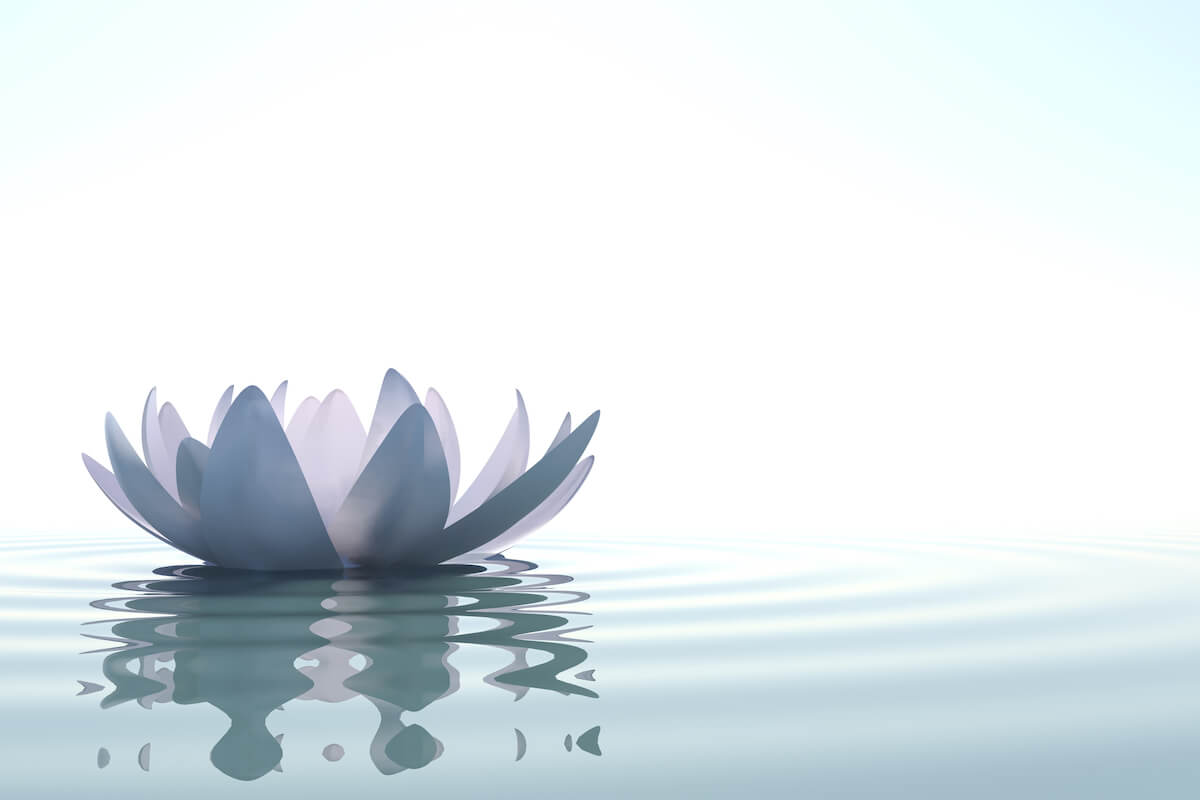 What is a Spa? Different Types of Spas Defined

Luxury travel blog » Spas and Wellness » What is a Spa? Different Types of Spas Defined
November 26, 2021 by Carol Perehudoff

Ever wondered what the difference between a destination spa and a resort spa is? Did you know a thermal spa is different than a mineral springs? Here are spas defined.

What is a Spa?

A spa can be many things, and with the wellness industry booming the definition of what a spa is is expanding as fast as the universe.

In broad terms, a spa is an establishment that offers some kind of relaxing, therapeutic, or beauty treatments. Treatments can range from simple pedicures and massages to more exotic fare such as Prickly Pear Butter Wraps and Yogic Intestinal Detox Cleanses.

It can be a place where you go for a single treatment, a full spa day, or an all-inclusive package – and there are many different types of spas. These can range from elaborate wellness palaces with steam rooms, relaxation rooms, and Jacuzzis to affordable one-room salons.

According to the Global Wellness Institute, there are more than 149,000 spas in the world – that’s a lot of room for variety.

What Do You Do at a Spa?

A spa may offer hair styling and waxing services, holistic therapies such as Reiki and lymphatic drainage, or come with perks like water-based hydrotherapy circuits with saunas and thermal baths.

Depending on the spa’s specialty and its location, you could find yourself boosting your immunity in a subzero cryotherapy chamber, easing your sore muscles in a piping hot mud bath, having your skin exfoliated with a red wine ‘vinotherapy’ scrub or having a treatment that is rooted in indigenous traditions.

Whatever type of spa you choose, it can be a wonderful way to take time out for yourself, spend a romantic day with your significant other, or kick back with your besties.

What is the Meaning of ‘Spa’?

The term comes from the town of Spa in Belgium. The town’s centuries-old wellness history and bounty of more than 300 mineral springs make it one of the most famous spa towns in the world.

The practice of going to a spa dates back at least to ancient Greek and Roman times, when healing centres and entire towns sprang up around mineral springs. These springs, either hot or cold, were considered beneficial to people’s health (and in many cases still are).

These natural springs were revered. Some, like the hot springs in Bath, England, and Montegrotto, Italy, were considered sacred, and temples were built around the source of the water.

Before going to a spa, it’s essential to know what kind it is. This can affect what you should bring, what kind of experience you’ll have and what type of treatments you can find there.

Knowing what to do at a spa and what kinds of spas exist will enhance your experience, reduce any stress you might have about going and help you choose the right place to go.

Types of Spas and Their Definitions

There is a lot of confusion around the different types of spas, so let’s answer some common questions.

What is a Day Spa?

Day spas are places where you go for spa treatments but there is no accommodation. Some hotels and resorts can offer day spa facilities for people not staying there.

What is a Hotel Spa?

Hotel spas are, quite obviously, located in a hotel – but there are many different kinds, from small facilities with one or two treatment rooms to glamorous wellness retreats with pools, saunas, and relaxation lounges.

Personally, I can’t get enough of luxury hotel spas, especially when they offer incredible hydrotherapy facilities and thermal baths such as the Gainsborough Bath Hotel in Bath, UK.

What is a Destination Spa?

A destination spa is a form of a hotel spa, but one where the spa is the focal point of the property, and the reason to be there is to spa.

These types of spas offer a full immersive experience and often have various packages that include meals and a full complement of treatments.

In Europe, many destination spas will include an appointment with a spa doctor who will design your treatment program for you.

One of my favourite destination spas is the very luxe Bad Ragaz in Switzerland.

What is a Resort Spa?

Resort spas are a hybrid between destination spas and hotel spas. They differ from hotel spas as they’re part of a larger resort, so are likely to have more onsite amenities like outdoor swimming pools, lavish grounds or even a beach.

A great example of a top resort spa is Le Blanc Cabo Spa Resort in Mexico.

What’s the Difference Between a Resort Spa and a Destination Spa?

It comes down to the focus of the property. At a resort spa, the spa is only one component of the resort. Other activities might include golf, water sports or evening entertainment.

Meals are likely to include both healthy and indulgent choices, whereas a destination spa might have a dedicated spa menu with low-fat, organic or other healthy meal options.

A destination spa is much more likely to offer an all inclusive experience with treatments and meals included.

What is a Med Spa?

This gets confusing, because in North America, a medical spa – medi spa or med spa – is one where you can get more medical-based treatments such as botox, laser treatments, fillers or even plastic surgery.

In Europe, however, the term ‘medical spa’ generally relates to a traditional spa cure based on natural elements such as thermal water, mud and gentle exercise.

Many spas in the Czech Republic, for example, offer this kind of traditional wellness experience.

There is no set line though, because some of the very luxe spas in Europe might offer treatments such as botox and lasers as well as traditional spa cures, but it helps to know the difference if you’re interested in spa travel and European spa towns.

The term ‘medical spa’ and its definition shows the huge divide between Europe and North America when it comes to spa culture.

What is a Thermal Spa?

The term ‘thermal spa’ is a term used primarily in Europe. In North America we might call it a hot springs spa or a mineral springs spa. It means that the spa has access to natural hot springs and thermal baths.

Baden-Baden and Wiesbaden in Germany are good examples of thermal spas, while Tuscany also has many.

Other words you might hear about water-based treatments are balneotherapy and hydrotherapy.

Balneotherapy generally refers to the treatment of various illnesses through bathing in natural thermal water.

Hydrotherapy refers to water-based treatments, but not necessarily with thermal spring water.

What is a Mineral Springs Spa?

At a mineral springs spa, the water isn’t necessarily hot like at a thermal water spa, but it does contain minerals such as calcium, magnesium and iron, and comes from a natural spring rather than a tap.

As mineral springs can be either hot or cold, the terms thermal spas and mineral spas are often used interchangeably.

The towns of Saratoga Springs in New York and Marienbad (Marianski Lazne) in the Czech Republic are good examples of mineral springs spas.

At spa destinations like these you can often drink the mineral-rich water (in moderation) as well as have mineral baths.

What is a Thalasso Therapy Spa?

We’re not done with water-focused wellness yet! A thalasso spa is one where the treatments centre around seaweed and/or seawater.

Seaweed spas are popular in many coastal locations such as Sligo in Ireland and Normandy, France.

The Dead Sea also has many thalasso spas, as the seawater there has such a high salt content.

What are Nordic Spas?

Nordic spas are based on a relaxation circuit that moves from a hot treatment (like a heated pool or sauna) to a cold treatment (like a dunk in a cold plunge pool) to a relaxing break. The circuit is then repeated.

Nordic spas, or nordic baths, like Spa La Source in Rawdon and Scandinave Spa in Blue Mountain, Ontario, are hugely popular in Canada.

At a nordic spa the focus is on outdoor experiences such as Jacuzzis and waterfall pools and they often make use of beautiful natural surroundings.

Even though treatments here are minimal, usually consisting of various types of massage, nordic baths are one of the most relaxing and rejuvenating types of spas to spend a day at.

Nordic spas are popular in summer and winter. There is nothing quite like sitting in an outdoor hot tub with steam rising off the water and snow all around you.

What is a Hammam?

Good question. This Moroccan wellness ritual continues to grow in popularity in North America. It’s a cleansing treatment based around steam baths, which help cleanse the pores and boost circulation.

A deluxe hammam bath treatment usually involves a therapist who will exfoliate your skin by scrubbing you down with black soap using a kessa glove. It can feel rough but gets that dead skin off in a hurry. Clay is often used in a hammam bath as well.

At some hammams, the scrub is a DIY experience, and fun to share with friends.

Is a Turkish Bath the Same as a Hamman Spa?

They’re similar, and many people use the terms interchangeably. Turkish baths are more likely to focus on water rather than steam, as are the thermal baths in Budapest.

In North America, however, every spa has its own definition and puts its own twist on this traditional bathing custom.

In fact, it’s the unique personality of individual spas and their varying interpretations of spa and wellness rituals that makes the industry so exciting – it’s also the reason there is not one simple answer to the question ‘what is a spa?’

Maybe the real question is, what does spa mean to you?

The Best Tuscany Spas and Hot Springs
Next Post:A Side by Side UTV or ATV Cabo Adventure