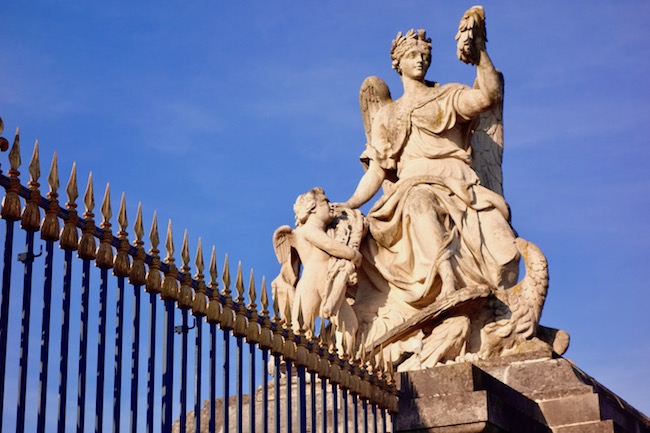 When is the best time to visit France? Put it this way: You’ll find champagne year round and the Eiffel Tower is open in all four seasons, but your experience will change dramatically depending on when you go. To help you plan your trip, here are some things to consider when travelling to France, summer vs winter. And hey, don’t forget spring and fall. 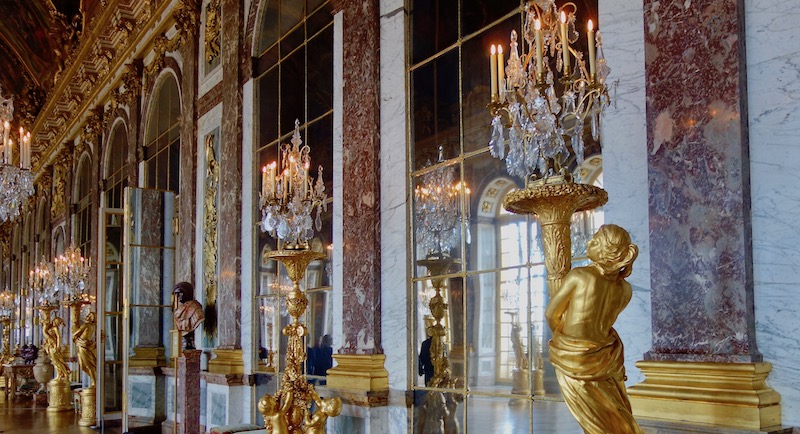 Is winter the best time to go to France?

Picture yourself in a Henri Duvillard ski jacket, powder flying as you whip down the slopes of Courchevel. Or perhaps you prefer the glitzy après ski vibe of Méribel. Of course if you want to ski in France there is also the family-oriented Club Med at Peisey Vallandry or the expert slopes of Val d’Isère. France has a huge variety of slopes and ski villages – the largest selection in Europe – and the high-adrenalin thrill of skiing and snowboarding makes winter one of the best times to visit France.

France is less crowded in the winter

When the weather gets damp and cold, the crowds fade away – at least to a certain degree. Some towns get positively deserted (hello, St-Jean-du-Gard). With the exception of school holidays, you’ll find that France in the off season is your oyster when it comes to seeing its top sights. And speaking of oysters, Christmas and New Year’s are the time to eat them in France. 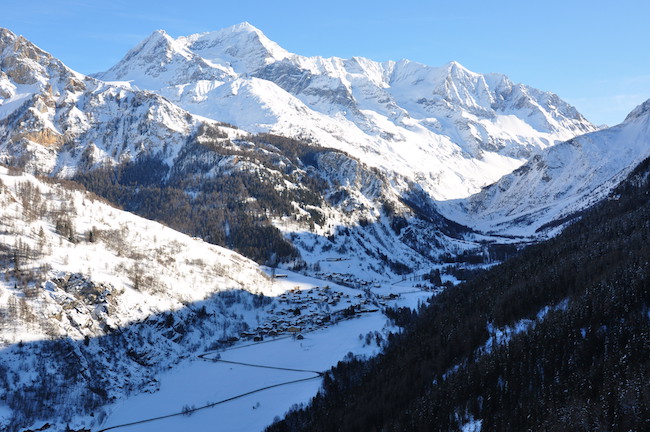 France is cheaper in winter

November is one of my favourite times to head to Europe. Airfares can be significantly less and hotels are more affordable – and affordable luxury is my favourite season of all. Granted, hotels that appeal to business travellers can still be high priced, but at least you don’t have to compete with as many tourists for the deals.

Another way to save money by travelling to France is to spend. (That’s the logic of my brain so let’s just go with it.) January is when the government-controlled sales, the soldes, start. Yes, seriously. The government mandates sales. This is the time to get that Chloe jacket you’ve been eyeing since September. Okay, there are also sales in July, so that might even out the summer vs winter debate, but it’s still a good reason to travel.

Paris in December is magic

Paris shows off its chic in December. Sparkling lights and Christmas decorations drape the city like a Dior gown. From the spectacular window displays of Galleries Lafayette to the twinkling Christmas trees on the Place Vendôme and the Champs Elysées, Paris at Christmas is the City of Lights times ten. 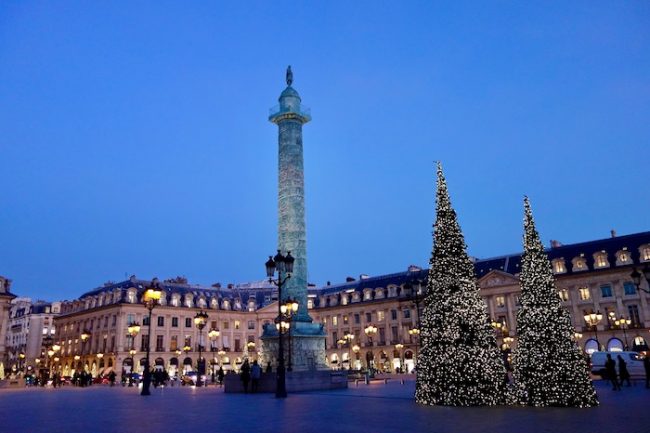 Not to be outdone by Paris, the grand Loire Valley chateaux at Christmas like to dress up, too. Their lavish floral displays, blazing lights and festive decor bring a cozy warmth to those stone palace walls.

Have a look at the Loire chateaux in December:

It can be hard to focus on a museum when the sun is shining outside and outdoor cafés are calling. When it’s miserable outside, however, pondering the French Revolution while standing in front of Delaxcroix’s epic painting Liberty Leading the People at the Louvre or learning about the Norman conquest while seeing the Bayeux Tapestry in Normandy seems all that much more riveting.

You can still find sunshine

Did you know the South of France was originally a winter resort? Today it’s known as a summer destination, but French Riviera cities like Nice first became popular with upper crust Brits in the late 1700s when it’s mild winter climate was touted as a health destination. Many of the holiday resorts close up but larger centres such as Nice or Monte Carlo still show plenty of life and, most importantly, the region gets 330 days of sunshine a year.

Or is summer the best time to visit France?

It’s hard to argue with gorgeous weather. (That said, I’ve also sweltered in Paris in an apartment with no air conditioning.) There’s no denying, however, the pure joy of being outdoors in France when the temperature is warm. Meander through tiny lanes, picnic by the Seine, salivate over perfectly-curated window displays in Strasbourg or hike through the Cevennes. In summer you can travel lighter, stay out longer and mingle with travellers and locals alike.

A garden of delights

Strolling through Paris’s Jardin des Tuileries (built for Catherine de Medicis in 1564), visiting Monet’s spectacular gardens at Giverny or being awed by the stately Gardens of Versailles prove that France in the summer truly is a bouquet of July roses.

With some 3400 km of coastline, France practically oozes summer fun. From the often pebbly but nonetheless jet-set-strewn beaches in the French Riviera to Biarritz on the Bay of Biscay and posh Deauville in Normandy, where Coco Chanel once had a hat shop, the beaches of France beckon and the summer months are a time when France glistens, bronzes and glows.

Don’t let this headline mislead you. An hour always has 60 minutes no matter what season you travel to France. The point is that many attractions have extended hours in the summer, which means more time to hike up the Arc de Triomphe, more daylight to enjoy the views and you can squeeze more sightseeing into your day.

One of my top memories of France is of a cantaloupe. Yes, a cantaloupe. My husband and I had rented a villa near Provence and the cantaloupes we bought at a roadside market were nothing like the pale bowling balls I’d tasted earlier that winter in Canada. These were lush, juicy and a rich sunset orange. The abundant fresh produce, the fun of shopping at outdoor markets and eating on our little terrace surrounded by wild flowers and bees the size of Zeppelins convinced me that summer was the best time to visit France.

France in the fall

Except we can’t forget autumn. This is the time when the crowds thin out, the weather is mild and the fall colours (and fashions) are in full swing. It’s the time when grapes are harvested, opera season begins and the cities are alive and ready to get back to business.

France in the springtime

But don’t get me started on France in spring. Come April the country yawns and stretches its way out of its winter torpor. You won’t get to sunbathe on the beach but you’ll be able to smell the daffodils and narcissi at Giverny and photograph the cherry blossoms under the Eiffel Tower. T.S. Eliot may have said April is the cruellest month, but it’s also a time of renewal. The storks have returned to Alsace, park fountains burst to life and people are shedding jackets like sheep.

It just makes me think that no matter what kind of France trip you’re after, a luxury escape or a simple week on the beach, anytime is the best time to visit France of all.