Here’s an easy Paris travel guide with info on the best neighbourhoods to stay in, what to do and how to get around.

Have you ever popped out of a Paris metro station, suitcase in hand, wondering what to do next? I have. Of course those were my I’m-a-free-spirit-and-don’t-need-to-plan days of travel.

Since then, I’ve learned that when every hotel is ‘complet’ and jet lag is punching your eyeballs from the back of your brain, your free spirit can wilt like a Monet waterlily in a drought.

As much as I still cherish the independent traveller within, I now know the value of planning, especially when visiting Paris, the most popular city for visitors in Europe. 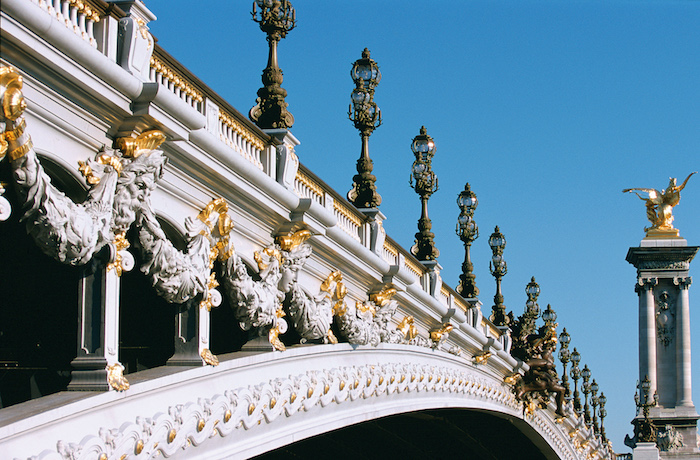 Who is this guide for?

Whether you’re a wide-eyed first-timer, a veteran traveller in need of a refresher, or a young ingenue like Audrey Hepburn in Sabrina, this quick and easy Paris travel guide is for you. It’s not an exhaustive list – you’d need a full guidebook for that – but it’s how I like to tackle Paris, the amazing City of Lights.

What you’ll find in this Paris travel guide

Where to stay in Paris – the best neighbourhoods

How to Get to Paris from the Airport

There are various options for airport transfers such as shuttles, private cars and trains. Here are a few:

If you’re flying into CDG, it’s probably easiest (other than a taxi) to take the suburban train called the RER B (Blue line) from the airport in the direction of Paris.

Stops include the Gare du Nord, St Michel/Notre Dame (good for the Latin Quarter) Luxembourg, Denfert-Rochereau and Cité Universitaire. You can buy a train ticket at the airport.

I’d like to assure you getting around France by train is easy, but traveling in any foreign country can be confusing. Check out my Paris to Barcelona from Gare de Lyon for an embarrassing example. Sigh.

Taking the Bus from Orly Airport

From Orly you can take the Orly bus to the Denfert-Rochereau Metro Station. From Charles de Gaulle you can take the Roissy bus from Paris Opera. As well, Air France runs buses to both airports.

Price of a Taxi from the Airport into Paris

Taxi: For 2021, there is a flat rate of €55 from Paris-Charles de Gaulle airport to destinations on the Right Bank, and €60 to the Left Bank.

Can You Take Uber from the Airport?

Uber is popular in Paris, too. The app will give you directions to your pick up spot.

The Paris Metro  is convenient, connects directly to the RER and is moderately easy. (At least most people say easy, but I still get mixed up.)

You can buy a single ticket at the station, a carnet of 10 or a travel pass. Hold on to your ticket as you’ll need it to exit the station.

The Paris RER, as opposed to the metro or subway, is made up of commuter lines that travel into Paris. In central Paris the RER works much like the metro but the lines extend out farther to places like Versailles and Disneyland Paris.

For day trips to places such as Giverny, you’ll need to take the train proper. The main train stations in Paris are: 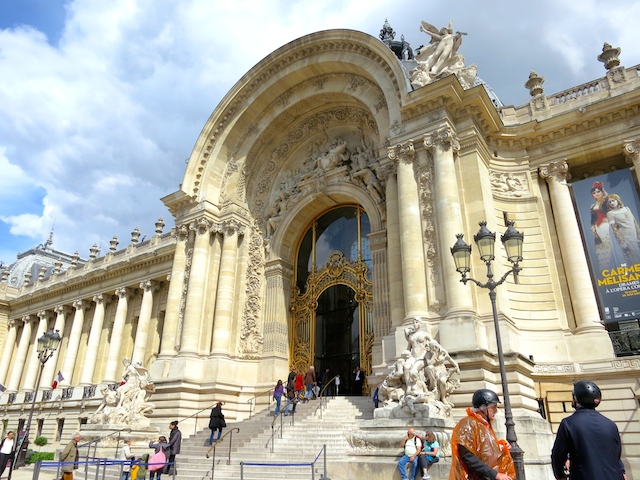 Where to Get Tourist Information

A popular option for visiting Paris is to wander the streets aimlessly. You’ll want to do plenty of that, but between sitting in cafes and soulful walks along the Seine, you might actually want to see some of the sights that make Paris so beloved.

I usually pick up a copy of Time Out magazine to find out what’s on and get a rundown on museums and top sights. It’s in English and you can get one at any newsstand.

The Best Department Stores in Paris

I still regret not buying that Chloé moto jacket, its coral-coloured leather soft as a rose petal. Oh, well. Loves lost and all that.

Other top department stores in Paris include: 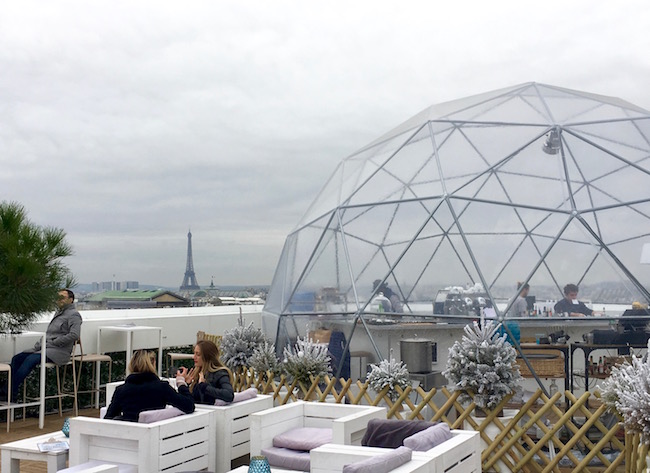 What to do in Paris – Top Sights

Where do I start? If you’re the literary type you can follow the footsteps of Oscar Wilde in Paris, and fashionistas might want to trace the favourite places of Coco Chanel. For a customized luxury experience you might want to check out a Paris private tour and if you’re there in winter check out my Paris at Christmas article.

There are so many Paris attractions, your head will spin. But to keep it simple here’s a list of top Parisian landmarks you won’t want to miss.

Want more detailed information on the city’s top sights? Read my Top Things to do in Paris guide.

Best Neighbourhoods in Paris to stay in

Now that you know how to get around in Paris the essential question is where are you going to go? Perhaps even more importantly is the question of what neighbourhood to stay in.

What areas to stay in

There are twenty different neighbourhoods, or arrondissements, in Paris and where you stay can define your trip – making it the difference between a dramatic Delacroix painting and a whirl-of-dancers Renoir. So before you look for a hotel or apartment, decide what side of the river you want to stay on (the Left Bank is south of the Seine and the Right is north.) Traditionally, the Left is more artsy, but as communities evolve, it’s hard to hold on to that stereotype.

While many people opt for staying farther out to save on hotel prices, I like to be able to step outside my hotel and be exactly where I want to be without having to get on a metro. That said, I also like to be near a metro for when I need it. Here is a quick reference guide for some of my top neighbourhood picks to stay in.

Saint-Germain-des-Prés – Sophistication on the Left Bank

The small streets around Saint-Germain-des-Prés ooze taste and soft elegance. More about atmosphere than blockbuster sights, this Left Bank neighbourhood offers alluring cafés such as the historic Café de Flore, bustling boulangeries that will haunt you with their scent of fresh baguettes as well as exquisite art galleries and antique shops, their treasures displayed like jewels.

While Saint Germain is many people’s favourite area to stay in in Paris, especially those with class and culture in their genes, it’s not my number one choice. (Let’s be clear, though. If someone offered me a hotel here I wouldn’t turn it down.) The Paris that suits me the best has more pomp, flash and glam, which just goes to show how shallow I am. 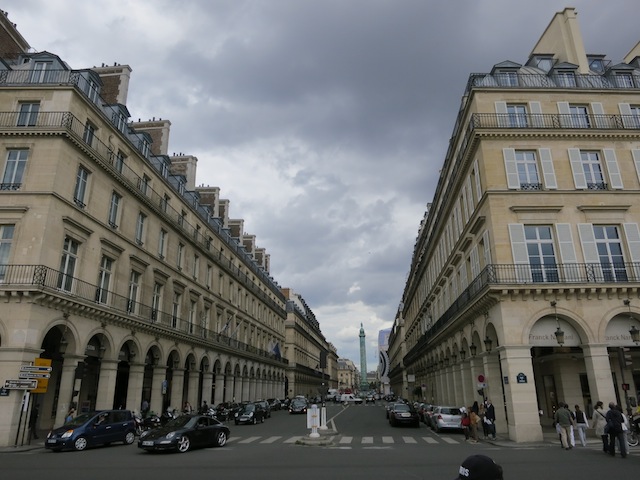 On my way down the rue de Rivoli to the Crillon

This brings us to my neighbourhood of choice and whenever I’m visiting Paris I look for hotels here first. Situated on the Right Bank, with the Louvre Museum as a centrepiece, the 1st arrondissement is Paris at its most grand. I love the arcaded street of the rue de Rivoli (which admittedly has too many souvenir shops), having the Louvre at my doorstep and the intimate lounges of the Hôtel de Crillon, Le Meurice and the Ritz Paris within high-heeled walking distance. The fact that it’s near the swanky shopping street Rue St.-Honoré and sights such as the Musée de l’Orangerie doesn’t hurt either.

The Marais – Funky chic on the Right Bank

If you move east on the Right Bank, Le Marais is gay-friendly, indie and chic, with forward-thinking boutiques and vintage shops sprinkled through the streets and foodie-hip restaurants that range from ethnic Vietnamese to classic bistros and Jewish cuisine. While it’s tourist friendly, the Marais isn’t polished beyond perfection and has a feel of authenticity, You’ll find as many locals sipping their café crème here as travellers.

Le Marais is home to the lovely Place des Vosges, one of the oldest squares in Paris, though my top memory of the neighbourhood is staying for two weeks in a hotel on Bad Boy Street, the rue des Mauvais Garçons, which has to be the best street name ever. 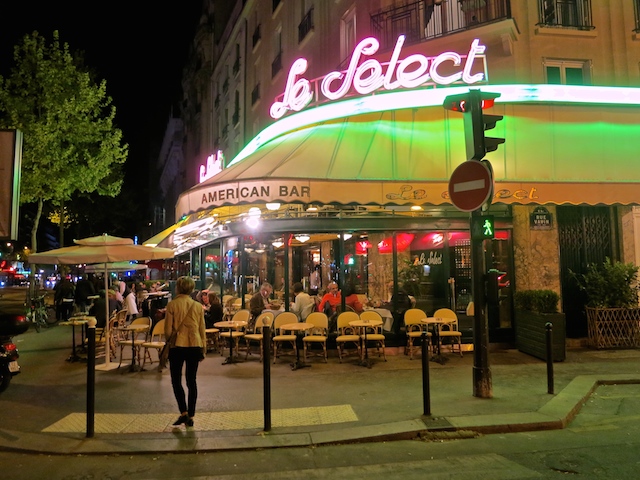 A Montparnasse with a past

Montparnasse, a Left Bank locale with an outrageous past

Many travellers choose to stay in Montparnasse because, while it’s not quite as central as Saint-Germain-des-Prés, there are hotel deals to be had. It’s an ever-changing mix of haute and shady. The historic cafes of Montparnasse have the most deliciously-decadent past imaginable that includes the likes of Fitzgerald, Hemingway and the irrepressible Kiki de Montparnasse drinking themselves silly (or into despair). You’ve heard of Gertrude Stein’s Lost Generation? I’d say they ‘found’ themselves here.

Also, the Montparnasse Tower is an eyesore, but offers one of the best views in Paris.

I’ll round up this list of Paris neighbourhoods with a mention of the Latin Quarter, mainly because this was where my first trip to Paris began. Affordable, lively and central, the Latin Quarter on the Left Bank is a magnet for budget hotel seekers, first timers to Paris and students. On the downside, there are also rows of touristy Greek restaurants, crowds and – I’m sorry to insult you, Paris – a lot of its character has been stripped away.

Nonetheless, it gives you quick access to some wonderful Paris attractions such as the Musée de Cluny, Shakespeare and Company Bookstore, and Notre-Dame Cathedral, and if you’re visiting Paris for the first time, these should be high on your list. 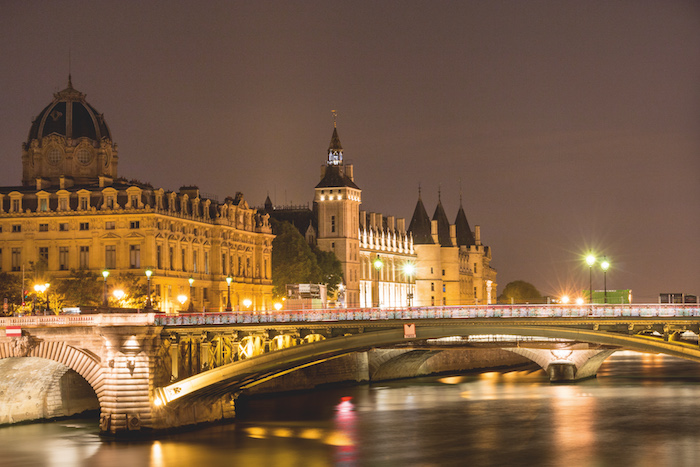 Other areas to stay in in Paris

Of course there are so many other Parisian neighbourhoods to choose from.

What to consider before visiting Paris

To make your final plans for visiting Paris, think of the atmosphere you want to wake up to, the sights you want to see, the budget you have and how much time you have to spend in the city. With a little preplanning, Paris can be – as Hemingway so famously said – “a moveable feast.” (He also said it’s “the only city in the world where starving to death is still considered an art” but don’t take that literally, the food is too good for that.)

There are some pretty spectacular day trips you can do from Paris. For something ethereal visit Chartres Cathedral or of course you can  tour Versailles. Disneyland is an option and one of my favourite excursions in France is to see the Loire Valley chateaux. You can also do a day trip to see Monet’s Garden or take the train out to see Chateau Fontainebleau. 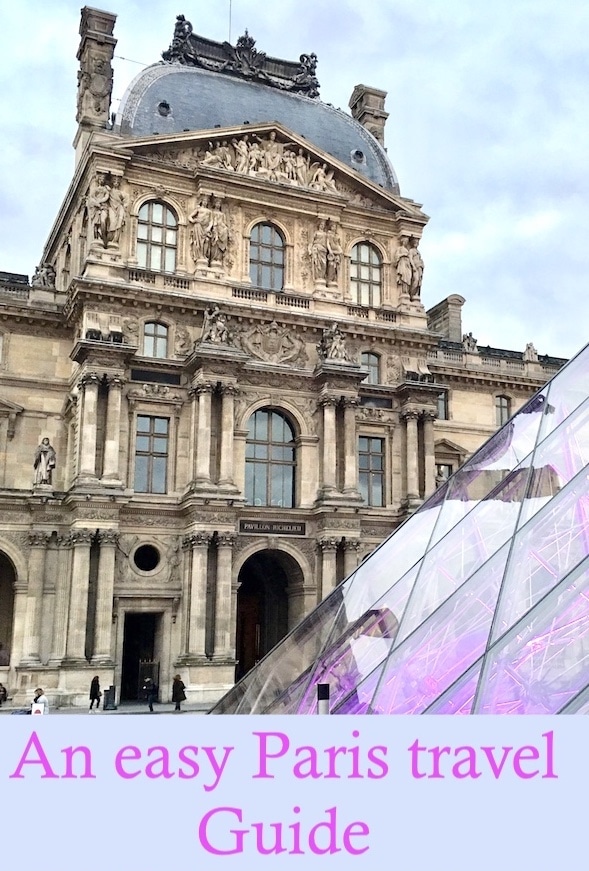 So those are my travel suggestions for Paris. Hopefully with these tips you’ll have a better of what to see, where to stay and how to get around the amazing City of Lights. But don’t stop at Paris – visit my Things to do in France destination page for more travel ideas. Salut!