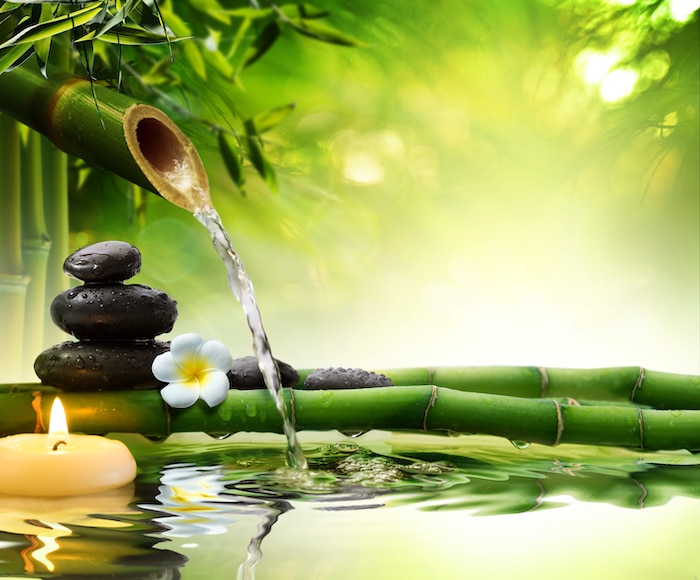 With health and safety on everyone's mind,  wellness is going to be a huge part of travel going forward. Here's an itinerary that focuses on some of the best spas in Ireland and some top Irish spots for renewal, nature and tranquility.

With health and safety on everyone’s mind, wellness is going to be a huge part of travel going forward. Here’s an itinerary that focuses on some of the best spas in Ireland and some top Irish spots for renewal, nature and tranquility.

Wellness fans, take note. Spas are surprisingly sophisticated in Ireland, and it’s easy to add some ‘me time’ to your journey.

How you choose to renew is up to you, whether it’s soaking in a vitality pool, indulging in a seaweed bath, delving into Ireland’s spiritual side or rambling through a spectacular national park. (I’m looking at you, Killarney.)

So if you want to put some wellbeing into your travels, check out these top Irish spas and hotels. I’ll also mention a few great side attractions to help you connect with your locale.

The Shelbourne Hotel in Dublin

Most people start their trip in Dublin, and if you want to start your Irish spa vacation off right, spend a night at the Shelbourne Hotel. Right on St Stephen’s Green, this luxury hotel is Victorian, grand, and has a huge history.

The Irish Constitution was signed here in 1922 and its famous Horseshoe Bar was a legendary spot for the Irish literary crowd.

The Spa at the Shelbourne

The Shelbourne spa is an ideal place to relax. Wellness facilities include an 18-metre-long pool, a salon and an opulent spa where you can sip champagne while overlooking the park, perhaps as part of your Princess-Grace-inspired ‘Elegance and Grace’ Spa Package.

Rambling side note: While there is no one better to inspire elegance than Princess Grace (who was a guest at the Shelbourne), I can’t help wishing the spa also had packages modelled after some strong Irish figures as well, like maybe Queen Maeve of Connaught.

A fierce warrior, she was known for her leadership skills, beauty and er, sexual prowess. Of course she also murdered her pregnant sister so … let’s go back to Princess Grace.

Check prices and availability at the Shelbourne here.

Now let’s move on to the Southeast of Ireland, which, in my opinion, is an underrated part of Ireland. It’s the sunniest spot in the Republic, has a gorgeous coastline and, best of all, it has the Monart Destination Spa in County Wexford.

An idyllic haven in a scenic woodland setting, the Monart Spa lies 130 kilometres south of Dublin. It has both a Georgian heritage manor and a modern part that’s a wonderful fusion of glass and wood, which brings the gardens indoors and takes the spa outside.

You’ll find a lot of funky design elements here like unexpected pops of colour, a life-sized metal horse and a full-grown oak tree in the lobby.

The adult-only Monart is a true destination spa, which means no one will look twice if you wear your robe to breakfast.

The heart of the spa is the thermal suite, which contains various water therapies such as a steam room, indoor pool and salt grotto. Outside, a wooden sauna cabin is piping hot and the adjacent icy bucket shower offers a bracing — make that shocking — way to cool down.

While you’re here: The Celts believed that willow groves were healing places, so walk the Monart’s living willow labyrinth to slow down and shed that hectic city vibe.

Sightseeing Near the Monart Spa

You’ll appreciate your luxury digs even more after touring the dungeon at the 13th-century Enniscorthy Castle on Castle Hill in the town of Enniscorthy. While you’re here don’t miss the rare medieval wall painting called The Swordsman.

An especially moving sight is the Dunbrody Famine Ship in New Ross. It’s an evocative reconstruction of a 19th-century Quebec-built ship that carried passengers on the gruelling journey to America during Ireland’s potato famine.

Built right into the rock, the seductive 39-room Relais & Chateau property, The Cliff House Hotel, is known for its sea views and Michelin-starred restaurant, but don’t discount the Cliff House’s Well Spa.

The Well Spa has just three treatment rooms but offers big time facilities including an indoor pool and outdoor Jacuzzi.

For a novel — and romantic — way to soak up the scene, try the spa’s new outdoor side-by-side soaker tubs. Set on a private deck, these baths-with-a-view come in three healing varieties: seaweed, peat or salt.

Since Ireland is renowned for its healing seaweed, particularly from Sligo, I recommend the seaweed bath or at least a seaweed wrap.

Do the Cold Plunge into the Celtic Sea

As the sun sets, take a plunge in the chilly rock pool at the base of the Cliff House. It’s a bracing Irish experience you won’t soon forget and personally, I’m still not over the shock. (I’d do it again, though.)

Sightseeing Near the Cliff House

While you’re here, it’s worth exploring. Ardmore was Ireland’s first Christian settlement, stemming back to St Declan who predates even St Patrick.

Get your heart rate up with a hike on the Cliff Walk. This breathtaking path takes you along Ardmore Bay and past St Declan’s ancient well, which is believed to have curative powers, so it fits in with the Irish wellness theme.

After your stay at the Cliff House in Ardmore keep heading south to Fota Island. Set on a small island in Cork Harbour, Fota Island Resort is a large property with a championship golf course. The elegant lobby is manor-house tweedy and the spa has an extensive hydrotherapy area with an indoor pool and gym.

Bonus: The spa and pool area is popular with locals who always seem up for a chat.

Get outside: On Fota Island you can experience the natural beauty of the Emerald Isle at its best. Get a trail map from the concierge and stroll through a lush forest filled with moss-covered trees and blooms as big as leprechaun heads.

The city of Cork is just 20 km away — don’t miss the English Market where Queen Elizabeth II did a groundbreaking walkabout – a symbolic gesture of peace.

Check prices and availability at here.

The Spa SÁMAS at the Park Hotel Kenmare

Now let’s travel to the Ring of Kerry. Located in the Southwest, this is one of Ireland’s most popular regions for tourists. It can get overcrowded, which isn’t what you want in a wellness vacation. The trick is to find the quieter spots without giving up on atmosphere and the Ring of Kerry’s gorgeous natural surroundings.

That takes us to the Park Hotel Kenmare.

The Town of Kenmare

Kenmare is the non-crowded Killarney. It has the added attraction of being home to the mysterious Kenmare Stone Circle, which never seems to have any visitors. This means it’s a chance to commune with some Neolithic spiritualism while your husband rolls his eyes at you as you try to do a mystic dance around the stones. Am I good at wellness or what?

But back to The Park Hotel. Built in 1897, it’s all about old-world service and charm. There’s a suit of armour in the hallway, manicured gardens, a cozy Irish bar (though what bar in Ireland isn’t an Irish bar?) and a restaurant with a menu that focuses on local cuisine.

One of the hotel’s biggest draws is its Spa SÁMAS. In contrast to the heritage feel of the hotel, the spa is ultra contemporary and offers three-hour curated wellness journeys.

The highlight is the infinity-edge vitality pool that reaches out into a wilderness of pines and ferns. It’s really spectacular if you’re a spa fan … and even if you’re not it’s a fantastic place to relax.

The Lake Hotel in Killarney

Nature is a big part of wellness, and if you do want to go to Killarney, I’ll give a nod to the Lake Hotel, which is outside town so an excellent destination for crowd avoidance.

I stayed here for five days. To get around I rented a bicycle and spent an amazing self-designed retreat exploring Killarney National Park and enjoying the lake views from this very quiet hotel.

So even if you’re not at a spa hotel you can create a wonderful wellness trip because of Ireland’s natural resources.

Finally, we’re going to circle back up north of Dublin to the Castle Leslie Estate in County Monaghan. Mick Jagger stayed here, WB Yeats did too, and it’s where Paul McCartney and Heather Mills got married in 2002.

While the marriage didn’t turn out so well, the castle has a glamorous pedigree and a spa worth visiting. While the castle is not that old – it was built in 1870 –what makes it feel authentic is that the Leslie family still lives here, giving it a personalized feel.

The spa has seven treatment rooms and I’d recommend something from the Voya line, which is an organic Irish product line. Why not try something like a Bladderwrack Body Buff with Bladderwrack seaweed – because how Irish is that?

And Irish is what you want. After all, connecting with a destination when you travel, through its products, people and places is what travel is all about – even if you’re on a luxury trip checking out the best spas in Ireland.

Read more about Top Spas and Spa Travel. Learn about the different kinds of spas at How to Spa and what you can do there at How to Spa.