Renting a villa in France was a travel dream of mine and it finally came true … we planned a vacation in the South of France for a summer. But. It wasn’t simple. My husband and I spent at least 40 hours organizing it, and I want to tell you what we learned so that when you start planning your dream trip of renting a villa in France, you’ll know what to do. And you can save some hours of trip planning. 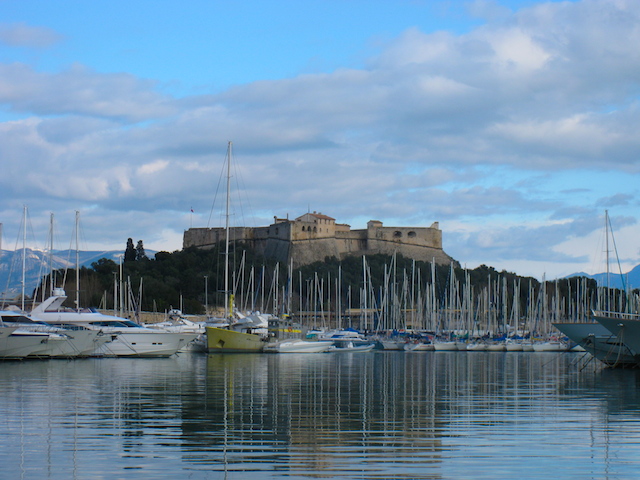 Where to begin when renting a villa in France

Start by cruising the Web. Look aimlessly and get ideas and build a wish list. And be aware that your dream and reality might not stay the same as you learn about prices, availability and locations.

Of course in my larger-than-life luxury travel dreams, I wanted an entire chateau with ramparts and a spa butler, but there are such things as budgets to think of, so at some point I had to get realistic.

In addition to the big vacation rental sites such as Homeaway.com and Tripadvisor.com there are vacation rental websites more specific to France such as www.frenchriviera-tourism.com and www.gites-de-france.com.

There are hundreds, maybe thousands of vacation rentals out there, and gazillions of options when it comes to renting a villa in France. I warn you now, it can get quite mind numbing, I mean seriously brain withering, once you start. But plow on, you’ll find something. 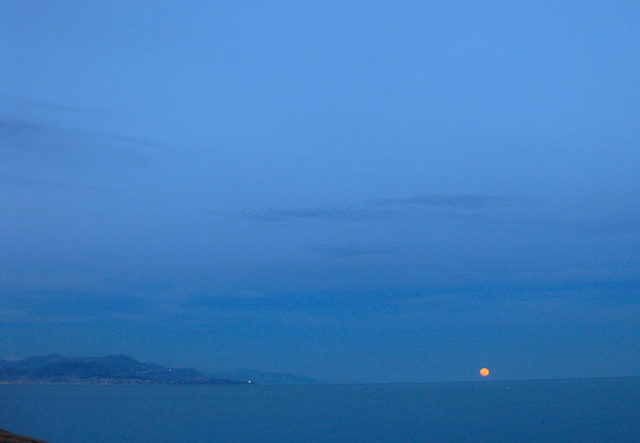 Narrow down your location

Renting a villa in France is not a specific enough goal. Our goal was to spend a month in one place, preferably the Riviera, aka the Côte d’Azur aka the South of France. Somewhere lazy and sophisticated such as Antibes, where Picasso painted his masterpieces in a studio in Grimaldi Castle. 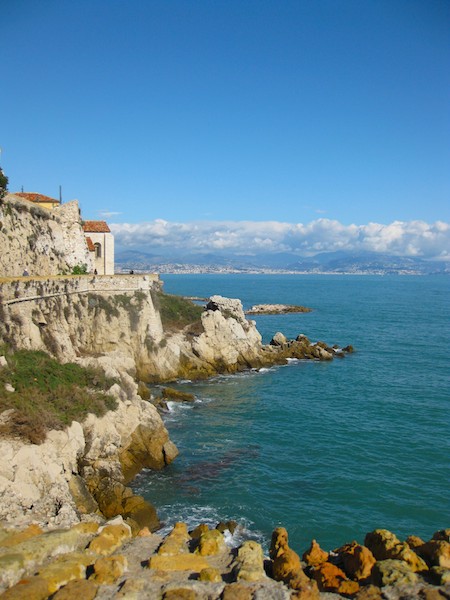 Or maybe the town of Cagnes-sur-Mar, home to Renoir; or – and this was high on my list – the hilly town of Vence where Matisse designed the Chapelle du Rosaire. 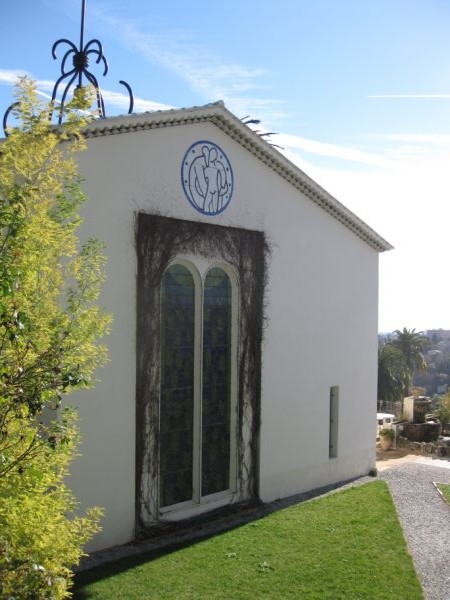 Or, or, or … maybe we could rent a villa in St-Paul-de-Vence where many not-yet-famous-but-soon-would-be artists drank and bartered paintings for food at the Colombe d’Or. 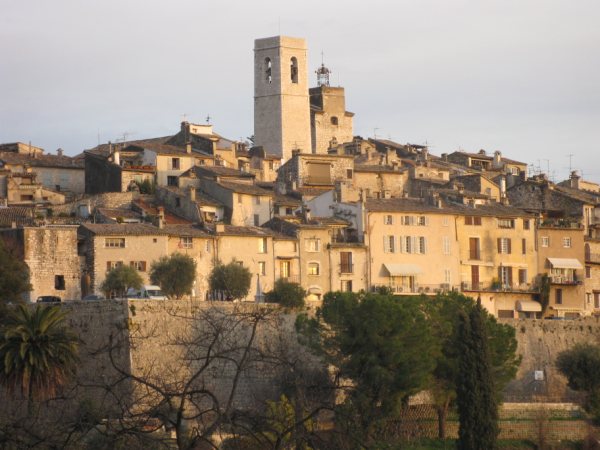 High on a hill – St-Paul-de-Vence

Every little town in that gorgeous area of the South of France with its sparkling light seemed to have at least one resident Impressionist master or at the very least, a Cubist or two.

And art in the South of France is one of the highlights of renting a villa there. But where was our villa? Did anyone ever think to ask Renoir how he found his place? As I doubted the authorities were going to offer up Grimaldi Castle as they did with Picasso, it was back to the web.

And then Mark found our perfect French villa. Well maybe not the perfect one, because it wasn’t exactly in the Vence-Nice-Antibes chichi area I was hoping for. It was in Languedoc, which is technically still South of France but more wild and hilly. It wasn’t on the coast and more affordable than somewhere like Nice.

It was near St Jean du Gard, a small town on the banks of the River Gardon where Robert Louis Stevenson was heading in “Travels with a Donkey in the Cevennes.” Our villa was a 12th century chateau, or at least an apartment in the chateau. With a pool. And a pine forest. Even a river. 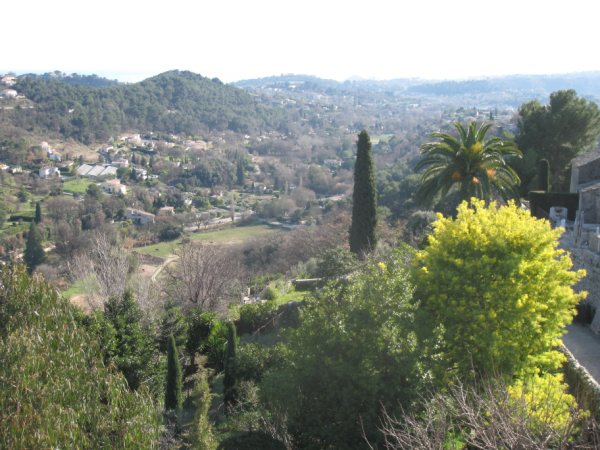 Oh, let me be bored here

Renting a villa in France can mean renting a car

If your French villa is near a railway line like in Nice or Cannes, you won’t need a car. Our out of the way choice meant transportation was necessary. Since, unlike Robert Louis Stevenson we had no donkey, we had to rent a car. That meant flying into Marseille and then driving into the hills in a strange country after a night of no sleep. And what are the rules about renting a car in France? Is it easy? What about insurance?

It turns out renting a car wasn’t so difficult. We checked out various agencies such as Hertz and Avis, chose the cheapest and reserved without even a deposit. When we arrived the car was waiting and our one mistake was not to have called our credit card company to find out what insurance we were covered for. So we ended up paying more than we needed. Call your credit card company beforehand when renting a car!

Don’t be afraid to change your vacation rental goals

We were dead set on renting a villa in France for a month, but then we thought of all the other places in the South of France we were going to be missing, so we decided to stay in the Cevennes for only two weeks.

Possibly the Cevennes would be too quiet we thought (actually, Mark thought that, because I wanted to be boring). I wanted to lie by the pool. Or make a salad. Or buy a baguette. But not much else. This was my vacation. 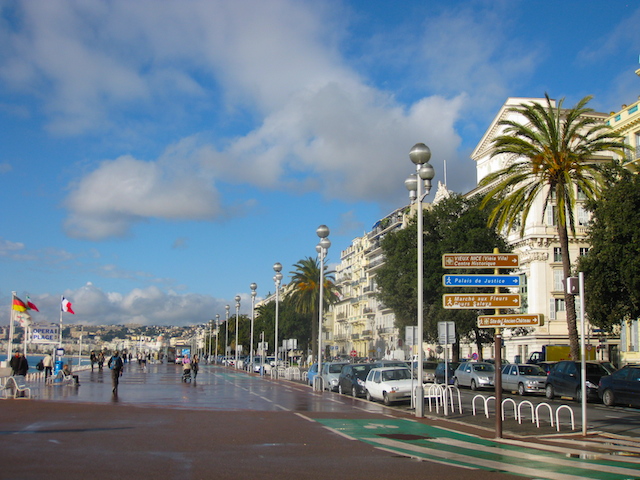 A vacation rental in Nice

For our second French villa rental we chose Nice, which is handy for the train and bus so we could visit Vence, Antibes, Cannes and all those other places  I want to live in forever.

We wanted a place near the beach, or maybe in the Old Town, and two bathrooms and a balcony and well, I would have liked a pool as well. I know it was asking too much. The thing is, I found the perfect place at a decent price but when I emailed the owner the price magically doubled. Sigh. I didn’t want to settle for anything less, but $3,000 a week was more than I can justify no matter how hard I try to delude myself.

I was getting dismayed, but once I figured out I should search for vacation rentals or gites, which is the term for holiday rental in French, suddenly there were a whole lot more choices in the swanky Riviera. The sites I used most were www.tripadvisor.com and www.holiday-rentals.co.uk, both of which have reader reviews.

This is probably the most important advice about renting a villa in France that I can give you.  It’s also something Mark and I rarely do. In fact, I’m not sure I’ve ever searched for accommodation without typing in last minute availability into google.

But planning ahead in this case was actually fun, because it took the pressure off and meant there was a ton of availability out there. And that was a good thing, because the vacation rental apartment we finally chose in Nice was lovely. It was in the Musician’s quarter a few blocks from the beach. It was spacious and clean with high ceilings and it all worked out in the end.

Renting a villa in France, or two of them, was our dream, and it can easily be yours.

Read more: For more information on How to Rent a Villa in France – Affordably see my article that first appeared in the Toronto Star.

There is more to renting a vacation rental than you might expect. For more tips go to my France travel blog post Budget tips for French vacation rentals