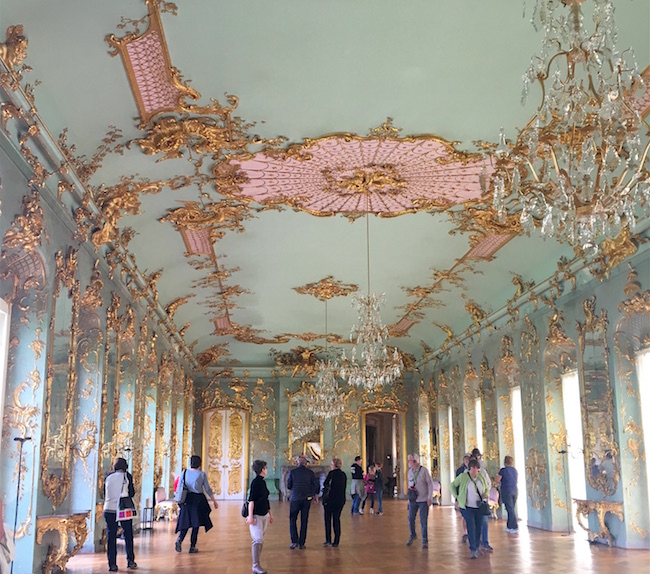 Planning a trip to Europe? Travelling by rail? Here’s everything you need to know about taking the train from Berlin to Prague. 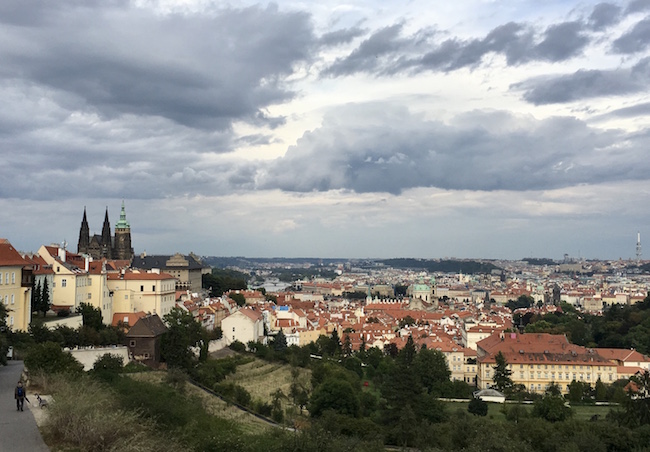 The thrill of a train trip in Europe

The train station restaurant was so crowded I had to share a table with a young Englishman. “Where are you going?” he asked.

“I’m going to Prague,” he said, lighting a cigarette.

The blue flick of the match reflected the spark in my blood. It was my first solo trip to Europe and the sounds of those two destinations, Prague and Berlin, gave me a dark thrill, conjuring images of the Iron Curtain, socialism, the Wall and the decadent between-the-wars-era film Cabaret. I wanted an adventure of the spy story variety.

That was forever ago. Today both Berlin and Prague are buzzing with energy, but while I still feel a thrill at the thought of visiting either of them, now it has as much to do with avant-garde art, architecture and top cuisine as it is about Eastern Bloc history and politics.

Rest assured. With direct trains it’s easy to get from one to the other and it’s a popular route for travellers – because once you’ve done London and Paris, it’s time to do Berlin and Prague.

You can take a train from Berlin to Prague direct. A EuroCity (EC) train takes as little as 4.16 hours, depending on which train you catch. The trains leave during the day about every two hours, though there is no overnight train. But be forewarned: Both cities have more than one station, so make sure you know where you’re starting and where to get off.

Which stations do you leave from for Berlin to Prague and vice versa?

Most trains to Prague leave from Berlin’s main train station, Berlin Hauptbahnhof (Berlin Hbf) and arrive at Prague’s main station, Praha Hlavni Nadrazi (Praha hl.n.). You also might be able to catch the train or disembark from a different station such as Berlin Südkreuz or Praha-Holesovice in Prague. (Praha is the Czech term for Prague.)

Of course you can easily do this itinerary the other way as well, take the train from Prague to Berlin if it suits your schedule better.

Many of the trains that leave from Berlin Hauptbahnhof depart from Berlin Hbf (tief). These are the lower level platforms on the north-south line. It’s always best to give yourself enough time at the train station so that you can find your platform. (PS: I don’t always take my own advice, and then run around hysterically trying to find some mysterious hidden platform like I did on the train from Paris to Barcelona.) Live and learn.

Stops between Berlin and Prague: Dresden

As the train takes less than five hours, you can easily do Berlin to Prague by train in a day. But why hurry? The top stopover on this route is Dresden. Formerly part of East Germany and devastated during WWII, the city has been rebuilt and the Old Town (Dresden Aldstadt) has been restored to its Baroque glory.

Visit the reconstructed Frauenkirche to see its magnificent dome or the Zwinger museum complex to see its collection of old master paintings and Dresden porcelain. If you want to see Dresden’s edgier side head to Neustadt, the New Town, for your fix of street art and indie cafes.

Can you do Berlin to Prague with a stopover in Dresden in a day?

Yes, if you’re more ambitious than me. You could catch the 7:16 a.m. train from Berlin arriving in Dresden Hauptbanhof at 9:22 a.m. and then take the 19:24 train from Dresden to Prague. (Note: train schedules change, these are a guideline only.)

Do you have to pay extra for a stopover?

Make sure when you buy your ticket, a stopover is allowed as there are many classes of tickets and options can vary. Another option is to buy two separate tickets.

Don’t get so caught up in the vibrancy of these top European cities that you forget about tranquility and nature. While I realize a stop at a spa town might not be high on the average traveller’s list, it’s high on mine. Bad Schandau is a German spa town in Saxony near the Czech border and your train will almost certainly stop there.

Sitting on the Elbe River, in the Kimitzsch Valley, Bad Schandau is also part of a national park (hiking trails!) and is one of the oldest health resorts in Germany. You could even spend a couple of hours relaxing in the pools and saunas at the Toskana Therme before continuing on.

Finally, don’t forget about the journey itself. With views of the Elbe River and later, towards Prague, the Vlatava, taking a train from Prague to Berlin or Berlin to Prague is a good way to see the surrounding countryside and explore the destinations between. It’s a chance to sit back and enjoy the opportunity to slow down while the outside world speeds by.

Best foodie places in Toronto
Next Post:One day in Lucca: a perfect excursion in Tuscany