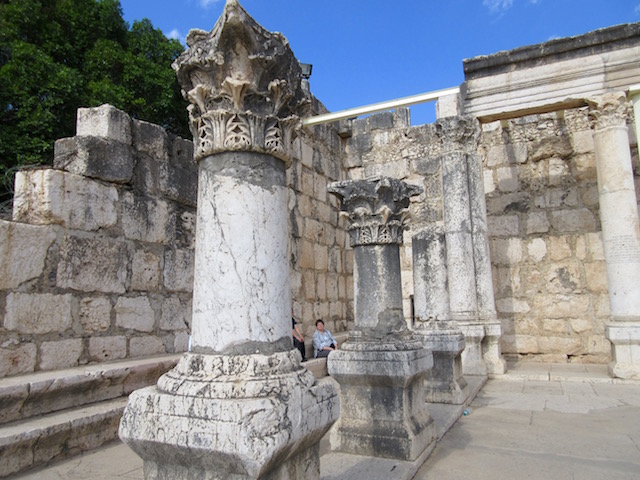 A 7-day Israel Itinerary for the Perfect Trip

Israel in a Week

If you’re planning an Israel trip and clueless about where to start, search no more. Here’s a 7-day Israel itinerary that will take you to top destinations such as Jerusalem, Tel Aviv, Haifa, the Holy Land, the Dead Sea and the Sea of Galilee. 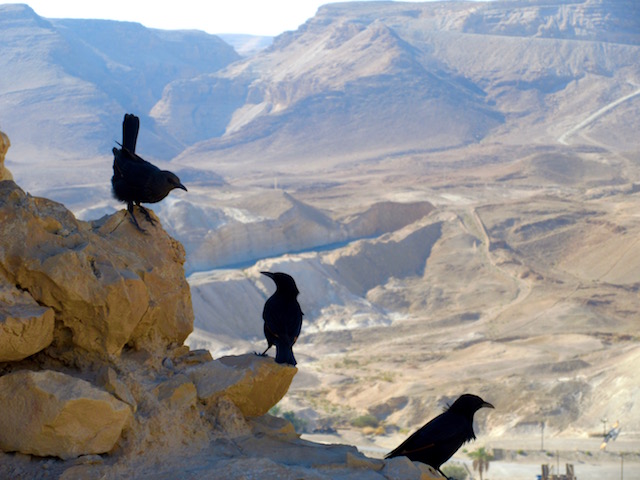 How to Use This Travel Guide

If you’re making a short trip to Israel, pick and choose which stops from this list of places to visit.

If you’re spending a week you can follow this 7-day Israel itinerary exactly. Or, rearrange it or use it as a foundation to plan your own tour. You’ll find all the restaurant recommendations, hotels, sights and destinations you need.

If you’re planning on a 10-day trip to Israel or longer, you can easily add on places such as Eilat, the City of the Red Sea; the Templar stronghold of Acre; or spend more time in Jerusalem, Tel Aviv or the Dead Sea.

With so much to see in this fascinating historical region, your head will spin and wherever you are, you’ll wish you had more time to explore.

This trip assumes you’re renting a car. But. You can easily base yourself in some of the larger centres and do day trips and day tours from there. Getting around by public transport, especially the nationwide Egged Bus Company, is a convenient and popular way to travel.

I’ll also include links to day tours you can sign up for if you don’t want to drive.

So let’s get started on our one week in Israel itinerary.

If you’re traveling to Israel you’ll likely arrive at Ben Gurion International Airport in Tel Aviv. From there pick up your rental car and head to Haifa.

Haifa is Israel’s third largest city and its second largest port. Scenically located on the slopes of Mount Carmel, it rises up from the Mediterranean in a series of tiers. At just over an hour and a half drive from the Ben Gurion Airport, it’s a great place to start your trip.

Visit the Bahai Shrine and Gardens

First, visit the Bahai Shrine and Gardens and the 400-metre long Louis Promenade for a panoramic view of the city and the bay.

The Bahai Shrine and Gardens is the World Center of the Bahai Faith, a UNESCO World Heritage Site and its hanging gardens are one of Haifa’s top sights. From the top of the gardens you can see the golden dome of the Shrine of the Bab, a prophet and herald of the Bahá’í Faith.

Have dinner at the Douzan Restaurant at Sderot Ben Gurion 35, Haifa. The friendly and eclectic Douzan restaurant is located on the popular Germany Colony of Haifa, which sits at the bottom of the Baha’i Gardens.

The German Colony was founded by German Templers (not the Crusader Templars), but a group of German Protestants who established a colony here in the late 1868.

Day Tours that include Haifa

From Tel Aviv or Jerusalem

You can do a full day tour of Caesarea, Haifa & Akko Day Trip from Tel Aviv. Hotel pick up is available on this day trip exploring Israel’s Mediterranean coast. Check prices and availability here.

More on the expensive side – but good if you’re traveling in a group of up to four – is luxury private tour that includes Caesarea, Haifa, Rosh Hanikra and Akko.

If you’re travelling from Jerusalem you can take a day tour that includes Haifa as well as Caesarea, Acre & Rosh Hanikra. Check prices and availability here.

Day 2 – Explore the Holy Land and the Sea of Galilee

Drive to the Sea of Galilee region to see the Mount of Beatitudes, the traditional site of Jesus’ Sermon on the Mount.

Visit Capernaum, the “City of Jesus,” an ancient Jewish fishing town with a synagogue from the 4th-century where Jesus began his Ministry.

Spend some time at Caesarea, an ancient port built by King Herod and a Crusader fortress.

Here you can check out the Caesarea Harbor Experience, a multimedia presentation of the history of Caesarea, then tour the Crusader City, the reconstructed Roman Theater and the Roman Aqueduct.

If you’re driving stop at Tishbi Winery on route to Tel Aviv. Tishbi is a full gastronomic experience with a bakery, chocolate and wine tastings, an Austrian chef and a full service restaurant. Wines to check out: A 2014 Viognier and the Ruby Cabernet.

Check in at the chic boutique Market House Hotel in Jaffa, the oldest part of Tel Aviv. If you’d rather stay on the waterfront and enjoy the beaches of Tel Aviv try Herods Tel Aviv.

Spend the morning touring Jaffa. You could easily spend a day in Jaffa alone touring the flea markets, port and winding Artists Quarter, but if time is tight you’ll want to spend the afternoon exploring Tel Aviv Israel’s commercial, cultural and financial centre.

In Tel Aviv don’t miss Rothschild Boulevard with its unique Bauhaus architecture and the renovated neighborhood of Neve Tzedek with its chic cafes and artisanal boutiques.

Other Tel Aviv sights to explore include HaTachana, Tel Aviv-Jaffa’s renovated old train station, which has a number of restaurants and shops, and Sarona, a restored Templer settlement (again, not the Crusader Templars but the German Templers of the 19th century). Here you’ll find a lively food market and high end boutiques.

If you prefer a guided tour there is a 7-hour Tel Aviv Highlights and Jaffa Walking Tour that explores architecture, food and street art. More info on prices and availability here.

For dinner you could try EatWith, Tel Aviv. EatWith.com will set you up for a dinner with a local host. It’s a unique way of experiencing some regional cuisine with a local. 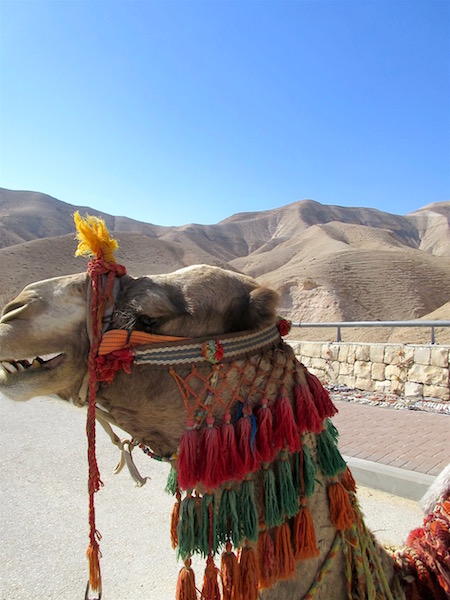 Our Israel itinerary heads north to the Dead Sea. The region is the lowest place on earth (424 meter below sea level) and fascinating for its scenery, ancient history and wellness traditions.

Along the way, stop at Massada, the amazing ruins of King Herod’s mountaintop fortress high in the Judaean Hills. The last stronghold of the Jewish revolt against the Romans in 73 C.E., Massada has been designated a UNESCO World Heritage Site.

You can ascend and descend by cable-car, or if you’re adventurous try walking up the trail.

Looking for a day trip to Massada and the Dead Sea from Tel Aviv? Check out this full day guided tour.

If your time permits opt for a jeep tour in the Judaean Desert or visit Qumran, where the Dead Sea Scrolls were found.

Shopping: Visit the Ahava Factory and Visitors’ Centre, where you can buy high end beauty and wellness products using salt and mud from the Dead Sea.

Head next to the spa resort town of Ein Bokek, a centre of health and tourism for the Dead Sea. It’s a fun and fascinating stop on any Israel trip.

If you want an adventure day, check out this Dead Sea Visit and Desert Safari Tour here.

Where to Stay at the Dead Sea

The Dead Sea is a tourist hot spot, especially for leisure travelers. The lowest spot on earth, the Dead Sea is one of the world’s saltiest bodies of water, and an unforgettable place to visit in Israel.

A couple of hotel options include the Daniel Dead Sea Spa Hotel or the David Dead Sea Resort.

Confession: After following this Israel 7 day itinerary with an overnight stay in Ein Bokek, I went back to the Dead Sea and spend a few blissful days soaking up the spa-like atmosphere in Neve Zohar at Herods Dead Sea Hotel. Bliss.

I think a better Israel itinerary, especially if you’re doing a 7-day trip, is to give yourself an entire day at the Dead Sea. This gives you time for a Dead Sea mud treatment at your hotel spa, and time to lie on the beach and soak up the salt – and the ethereal beauty – of the Dead Sea.

Dinner at the Taj Mahal Restaurant in Ein Bokek.

No one week in Israel itinerary would be complete without a stay in Jerusalem. The next morning leave the Dead Sea and drive to Israel’s capital city, one of the holiest cities in the world.

En route stop for a panoramic view of Jerusalem from Mount Scopus.

Wander Through the Old City of Jerusalem

A highlight of any Israel trip is to walk into the Old City of Jerusalem. There is so much to see here such as the Via Dolorosa (Stations of the Cross), the Christian Quarter with the Church of the Holy Sepulchre, the rebuilt Jewish Quarter and the Cardo, a main street from Roman times.

And of course an unmissable attraction is the Western Wall (Kotel), Judaism’s most sacred site.

Then check in to the large luxuy David Citadel Hotel, Jerusalem (Tel: 02-6211111) or its chic sister boutique property, the Mamilla Hotel, one of the Leading Hotels of the World.

If you have time, add Ein Karem to your Israel itinerary. This picturesque village is the birth place of John the Baptist and home to the Church of the Visitation.

The next day drive by the government complex, which includes the Knesset (Israel’s Parliament) and the New Supreme Court Building before visiting the Israel Museum.

At the Israel Museum you can visit the Shrine of the Book where the Dead-Sea Scrolls, the earliest known biblical manuscripts, are exhibited. The museum also shows contemporary art and has a large scale model of ancient Jerusalem from the Second Temple period.

Visit the Holocaust History Museum, 4,200 square meters of exhibition space that presents the story of the holocaust via original artifacts, survivor testimonies and personal possessions.

If you choose to base yourself in Jerusalem and take day tours, don’t worry. You can still see it all. Here are some trip ideas:

There is so much to see in Jerusalem that it can get overwhelming and it’s easier with a guide who can show you the highlights like the Western Wall, the Dome of the Rock, the Church of Holy Sepulcher and the Holocaust Museum.

Check out this Full Day City Tour of Jerusalem here.

From Jerusalem to Bethlehem and the Dead Sea

Another option is to explore the two major Israel attractions of Bethlehem and the Dead Sea. This guided tour takes in a number of highlights such as Shepherds Field, the Church of the Nativity and the Milk Grotto. End it with a relaxing soak in the Dead Sea.

Is One Week in Israel Enough?

You can see a lot on a whirlwind 7 day Israel itinerary. Of course there’s so much more to see, and the possibilities are endless as you delve into the many layers of the country’s history and culture. But a week will give you a terrific overview with a destination rich in history, wellness and culture.