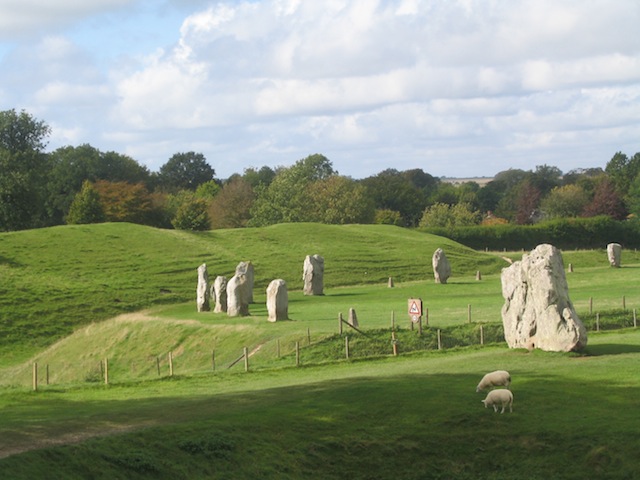 As I meandered through Avebury’s Red Lion Pub, I saw a sign on a chalkboard: Curious about Paganism? Who not visit the Avebury Pagan Moot? Sunday 3 p.m.

By chance I was right on time, but glancing in at the front room of the 400-year old pub, I decided against going in. I amwascurious, but the earthy-looking women and burly bearded men inside looked a bit intimidating, like a wizarding version of a biker gang.

Besides, I came to see Avebury Stone Circle not to sit in a pub. What was the point of discussing the mystical world of Avebury when I could be experiencing it for myself? Avebury, a Wiltshire village roughly 120 km west of London, is home to Britain’s largest stone circle. It’s Britain’s unsung mystical destination, certainly not as famous as its younger sister Stonehenge, 32 km to the south.

But don’t discount the Avebury Stone Circle. It’s 500 years older than Stonhenge, 14 times larger and unlike Stonehenge, it’s accessible 24 hours a day. So accessible, in fact, that half the village is sitting inside it: the pub, a chapel, a couple of shops and two dissecting roads that loosely divide the circle into quadrants.

A mysterious stone circle with an unknown purpose

Visiting the Avebury Stone Circle was my chance to commune with the megalithic world, so after buying a guidebook at the Henge Shop I made my way to the south-west quadrant of the circle. Towering over a flock of grazing sheep was a curving row of sarsen stones weighing between 10 and 100 tons apiece.

Grayish and weathered, the Avebury stones are surrounded by a deep circular ditch (or henge) dug out of the soft chalk ground by Neolithic tribes some 5000 years ago.

No one knows the Avebury Stone Circle’s purpose, though it’s believed to relate to the worship of a fertility goddess. The stones weren’t shaped but were chosen for their natural forms: rectangles to represent the male and diamonds the female.

Originally, the large Avebury Stone Circle contained two smaller circles. One held a massive phallic-shaped Obelisk, now lost. The other, known as the Cove, was made up of three female stones (two of which still stand) that were aligned with the northerly rise of the moon.

New research suggests that before the circle was created, a massive 100-foot square outlined by giant stones stood on this spot, a previously unheard of design in the megalithic world. Even older, dating back to 3500 BC, was a rectangular house made of wood. And I won’t even get into the 20-foot obelisk that stood here. It just shows that Avebury hasn’t yet given up all its secrets – no wonder it’s a magnet for pagans today.

It’s a wonder it still stands because in the Middle Ages the Christians tried their best to ruin it. Believing that Avebury Stone Circle was the work of the devil, they started toppling and burying the stones, a practice that was only halted when one landed on a traveling surgeon-barber, prematurely entombing him.

Further destruction to Avebury Stone Circle came in the 17th century when many of the stones were cleared for farming. Finally, in the 1930’s a wealthy anthropologist, Alexander Keiller, spent today’s equivalent of £2 million to partially restore the site.

It’s about a kilometre and a half walk around the circle. After I did that I returned to the pub. When I walked in, I overheard a dark-haired woman say: “We all have a sacred myth. You just have to find out what it is. It lives you. You don’t live it.”

I would have liked to find out how to find my sacred myth, if, in fact, I actually had one, but the conversation turned to the Avebury Stone Circle and how one small triangle contains a particular power.

“Which part is that?” I couldn’t help interrupting.

“All of it is powerful, but in different ways,” she said sagely.

“Powerful enough to make me break out in hives?” I held out my wrist which was sporting a pink circular welt with a blister inside –a mini stone circle. “The minute I got here I broke out in a rash.”

“I know what it might be,” she says, almost shyly. “It’s a healing place here. A lot of stuff works its way out of your body.”

That sounded better than massive allergy attack so I smiled at her. A pony-tailed man in black examined my wrist. “I can sort that out.” He ran out of the room. A few minutes later he was back holding a fragrant bundle of lavender. “Rub this on,” he said. “Lavender is very healing.”

Hanging with the pagans at the Avebury Stone Circle

Another man with a greying beard and a beret with a feather introduced himself as Terry the Druid. “We’re a mixed lot of pagans here,” he said, explaining that the man with the lavender was a Wiccan. Then he motioned to a clean-shaven young man strumming a guitar. “And he’s a minstrel.”

It was tempting to stay in this witchy universe all night, but as dusk hit I went back to explore. On the other side of town, past a muddy field is Silbury Hill, the largest manmade mound in Europe. Experts think it’s a burial sight, though they’ve dug three tunnels into it since the 18th century and it still hasn’t given up its secrets.

Wiltshire – A place of mysteries

Wiltshire is a place of historical secrets, and the Avebury Stone Circle isn’t the only thing to see. Past Silbury Hill is West Kennet Long Barrow, a multi-chambered tomb that dates back as far as 3500BC. There is also the Avenue, a stone-lined processional route that leads from the stone circle to the Sanctuary, the sight where a prehistoric temple once stood. As you can see, there are a lot of sacred sites in this corner of Britain, and I was trying to cram them all in.

When it was too dark to see anything else I backtracked to the stone circle. Maybe it was the influence of the pagans but I couldn’t help thinking that the centuries-old megaliths of the Avebury Stone Circle were humming with a deep earthy resonance. I sat down beside one, then lay flat on my back and looked at the stars. Who knew? If I waited long enough, maybe my sacred myth would turn up. 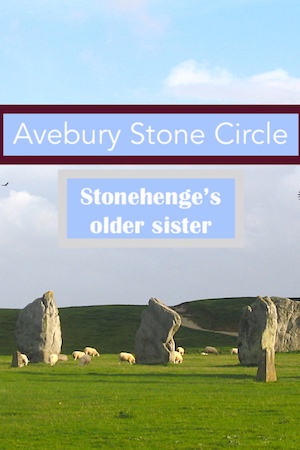 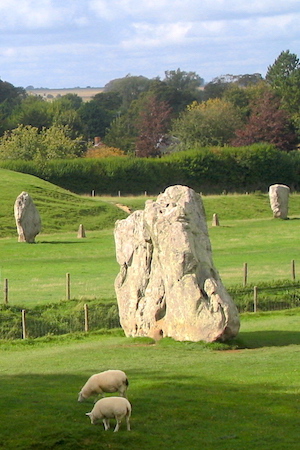 Getting to Avebury: From London’s Paddington Station you can take a train to Swindon. Swindon is about 80 miles west of London and the fastest train is just under an hour. From Swindon you can take Bus 49 to Avebury. It’s operated by Stagecoach West and leaves from Prospect Station, Old Town. The bus ride is about 20 minutes.

Where is Avebury? It’s about 10 miles south of Swindon.

Where to stay in Avebury: Accommodation in town is limited. There are a few B&Bs such as Dorwyn Manor and B&B Haven, but I haven’t stayed at either. I stayed in a room at the Red Lion Pub but as far as I know this is no longer possible. You can check the Booking.com box below for ideas, prices and availability. (I’m an affiliate).


For more info on Britain go to www.visitbritain.com

Read more: about top places to visit in England. If you love mystical places visit the Hill of Tara in Ireland.

Reverse culture shock – 10 tips to get over it
Next Post:Luxury hotel review, Quito, Ecuador, Casa Gangotena