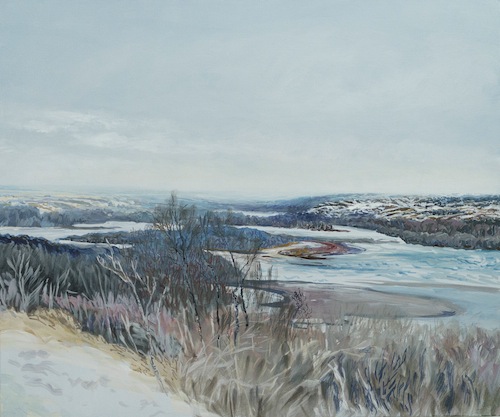 Running back to Saskatoon

Here’s a thought: Slow down. Famous musicians and artists do it all the time.

Saskatoon may surprise you

But be forewarned: Visit once and you’ll be running back to Saskatoon in a hurry. How do I know? Because The Guess Who wouldn’t lie. And they wrote the hit song Runnin’ back to Saskatoon, a catchy tune that, once it’s in your head, is hard to shake out and eventually hypnotizes you, and that’s why Saskatoon’s population is growing in record numbers.

Then again The Guess Who called Saskatoon a small town where nothing much ever happens. They might have lied there. Because I am going to prove how Saskatoon may be the centre of the musical and artistic universe, so read on!

Who were the Guess Who?

One of Canada’s first major rock bands, The Guess Who members included Burton Cummings and Randy Bachman, and the group shot to fame with hits such as American Woman, the first Canadian hit to go Number 1 in the States.

Saskatoon is in the Canadian province of Saskatchewan. A midwestern city of about 250,000, it’s so famous it has a berry named after it, the Saskatoon Berry, which looks like a blueberry, but is more closely related to the apple. See what you learn when you read this blog?

Here are a few reasons why Saskatoon is worth running back to, or, for that matter, going to in the first place – complete with Runnin’ Back to Saskatoon and other riveting Saskatoon related music trivia!

Running back to Saskatoon to eat

The buzz these days is on the Saskatoon downtown restaurant Ayden Kitchen and Bar, and I’ll tell you right now that if you’d tasted their Green and White Asparagus with Truffle Mayo, Poached Egg, Shaved Summer Truffles and Reggiano, your life would have been change for the better.

Runnin’ Back to Saskatoon was written by Burton Cummings and Kurt Winter in 1972.

Why it’s related to restaurants in Saskatoon

Because probably both Burton Cummings and Kurt Winter would have enjoyed the Asparagus with Truffle Mayo at Ayden if Ayden had existed in the 70s. If it was still on the menu. Last time I went there it wasn’t.

Check out some of the other best Saskatoon restaurants.

Running back to Saskatoon for luxury hotels

Luxury travel in Saskatoon. Seriously? When did the prairies go upscale? With the appearance of The James Hotel, a sleek-lined boutique hotel overlooking the South Saskatchewan River, a spirited rivalry has sprung up between lovers of the old world chateau-style Delta Bessborough and The James.

Interestingly, the two hotels are across the street from each other, right downtown by the riverbank so they can glower at each other all day long. (Or wink, I’m not sure quite what it is hotels get up to when people aren’t looking.)

The first draft of Runnin’ Back to Saskatoon was written in a New York airport during a wait for a flight to Paris in 1972.

Why it’s relevant to luxury hotels in Saskatoon

Because New York and Paris have very nice hotels, too. (In fact New York has a James Hotel and Paris has the St James Hotel, which makes it all tie up neatly, don’t you think?)

Running back to Saskatoon for the Meewasin Valley Trail

The Meewasin Valley Trail isn’t any old trail. I want to be very clear about this. It’s 60 km of glorious paths along both sides of the South Saskatchewan River, and when I’m in Saskatoon, where I grew up, I try to walk some stretch of it every day. Even in winter. Which takes fierce determination.

On the Meewasin, a word that means beautiful in Cree, you’ll find wild tangle-y trees, shady paths, grasslands, parkland, ducks, geese, gazebos and the heart of the city.

The Guess Who album American Woman reached Number 9 on the USA’s Billboard Pop Albums chart in 1970 – the only one of Guess Who’s albums to reach the Top 10.

How it relates to the Meewasin Valley Trail

The Meewasin Valley Trail is also a top ten chart stopper. It was named one of the Top 10 Greatest Hikes in Canada by Reader’s Digest Magazine in 2012.

Running back to Saskatoon for the art

Right now the hub of Saskatoon’s art world is located in the Remai Modern, a smashing newish (2017) museum of modern and contemporary art. Located on the bank of the South Saskatchewan River, it was the most exciting new build in the city in years.

It’s located in River Landing, an ever-evolving development that has become a commercial hub for the city.

Other downtown galleries include the artist-run AKA and The Gallery Art Placement where you can see work by many artists from Saskatchewan.

Summer of Storms by Catherine Perehudoff

Joni Mitchell, a talented artist as well as uber famous singer songwriter, had a large scale exhibit of her art at the Mendel in 2000 and went to Aden Bowman High School in Saskatoon.

Why it’s related to art in Saskatoon

Running back to Saskatoon for the nightlife

If you’ve heard of The Sheepdogs, the Saskatoon-based group that shot to fame after winning the “Do You Wanna Be A Rock Star?” contest to appear on the cover of Rolling Stone Magazine in 2011, you might be interested to note that The Sheepdogs’ guitarist Leot Hanson, has left the band.

Hanson was replaced by Rusty Matyas from Winnipeg. And guess where The Guess Who were from? Winnipeg! That’s right! Two points for you!

After they had established themselves in Winnipeg, The Guess Who branched out and began to play a lot in Regina and Saskatoon. And apparently in Regina they crossed paths with Joni Mitchell. More stringy ties binding the universe together!

Running back to Saskatoon for events at the Credit Union Centre

The Credit Union Centre is a sports/music arena that hosts some of Saskatoon’s big ticket events such as the 2007 Juno Awards and concerts by Pearl Jam and Our Lady Peace.

When Pearl Jam played at the Credit Union Centre, singer Eddie Vedder sang – you guessed it – Runnin’ Back to Saskatoon.

Why this is relevant to nightlife in Saskatoon

Because Eddie Vedder was in Saskatoon! Twice! So after the first time he went running back to Saskatoon. Right? Am I right?

I saw Pearl Jam in Bangkok.

The bass player in Our Lady Peace, Duncan Coutts, has relatives in Saskatoon. My family. He’s my second cousin. Do I need to mention the sticky ties of the connected universe again?

According to an article on the Manitoba Music Museum website, Runnin’ Back to Saskatoon is “a clever poke at prairie life.”

Because according to no one, this travel blog post is a (lame) attempt “a clever poke at prairie life.” But I tried my best – just like Eddie Vedder did when he screwed up the lyrics to Runnin’ Back to Saskatoon!

Read more: For more info on Canadian destinations visit my Things to Do in Canada Travel Blog Post

Bonus: Rocking Runnin’ Back to Saskatoon video from Youtube

Now, for your entertainment pleasure, here is a brilliant Saskatoon related Runnin’ Back to Saskatoon video, which I really wish I could take credit for, but it’s by someone named tegan1022. The settings were set for shares, so I’m sharing away. Tegan1022, you make me want to run back to Saskatoon immediately.

Channeling Marilyn Monroe on Mt Norquay
Next Post:Adventure Canada! Things to do in Churchill