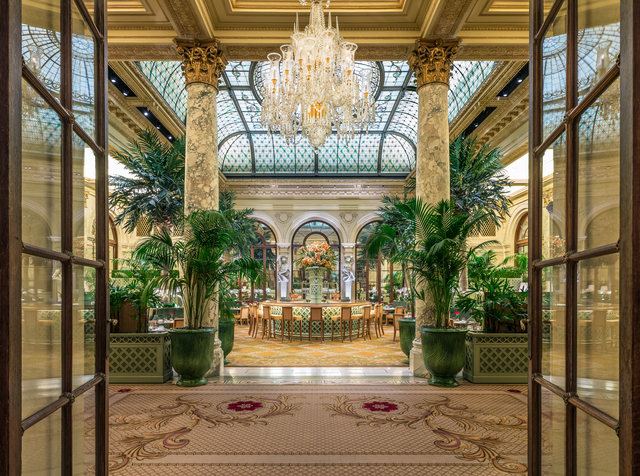 Want to splurge on a 5-star hotel in Manhattan, but finding it hard to decide which one? Maybe this will help: Luxury New York hotels, The Plaza blog review

I wanted to be Zelda Fitzgerald, splashing around in the Pulitzer Fountain outside The Plaza hotel while waving a  bottle of champagne. Instead, on my recent visit to The Plaza hotel in New York I found myself sporting a hot pink feather boa and a pink princess hat in the hotel’s Eloise Suite. (Sadly, the Fitzgerald Suite wasn’t available. Nor was the fountain.)

About The Plaza hotel, New York

When it comes to 5-star New York hotels, The Plaza is one of the best. Arguably it’s the most famous hotel in America. With an ultra desirable location on the corner of 5th Avenue and Central Park, this Fairmont-managed property has been luring the rich and famous (not to mention everyone else) since it opened in 1907.

Since my sister Catherine, an artist who used to live in Soho, and I fit into the ‘everyone else’ category and hate to feel left out, we decided to check The Plaza out for ourselves. So here it is, my Luxury New York Hotels, The Plaza Blog Review.

What I learned about The Plaza

Whether you’re drawn to the fictional character, Eloise, who makes her home at The Plaza, or by tales of the infamous Scott and Zelda Fitzgerald who frequented the 5-star hotel so often they may as well have lived there, The Plaza has something for everyone even if you’re not:

Did you know? The Plaza hotel features in both the novel and the movie “The Great Gatsby.”

One thing you might not realize is that for a super luxurious hotel, The Plaza hotel is surprisingly visitor friendly. And perhaps most importantly, it has a Champagne Bar in the lobby.

What’s weird about The Plaza

When you walk through the main doors of New York’s Plaza hotel you may think you’re in the lobby. You’re not. Ahead of you is the Palm Court, perfect for high tea (but as everyone in the world thinks so too, reservations are a must).

Where’s the lobby of The Plaza?

The hotel lobby is just to the left of the main doors, beyond the red velvet rope. The rope may seem as if it’s keeping people out, but it couldn’t fool me. Because how else would you get to the Champagne Bar?

(Though apparently the rope does sometimes keep people out. The Plaza hotel is a New York attraction in itself and can get very busy.) 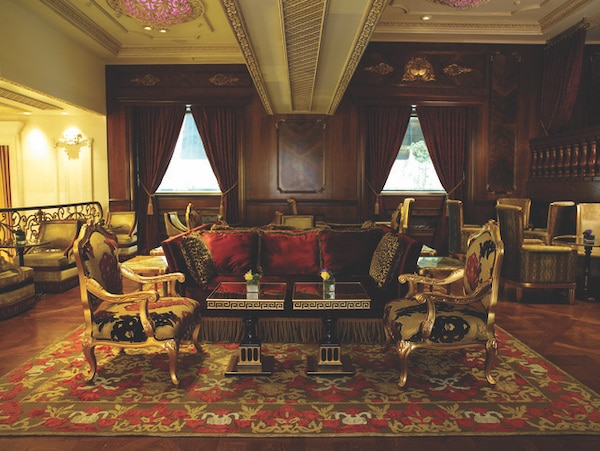 Above the lobby to the left of the reception desk is another lounge. You will be forgiven for mistaking it for an exotic opium den or the inside of a precious Chinese lacquered box. But no. This is the Rose Club. It’s more intimate than the Champagne Bar, with a sexy sultry feel, and importantly, is conveniently located near the washroom.

If I were having a romantic date, I’d probably choose the Rose Club. As I was with my sister, we gave it a miss.

Rose Club Gossip: Back in the day the Rose Club used to be the Persian Room, a nightclub where you might have caught Bob Hope or Liza Minnelli performing. Jazz is still played on Wednesday nights so feel free to relive the Jazz Age.

The rooms at The Plaza

Even the standard rooms at The Plaza are surprisingly large for Manhattan, so if you stay in any category you should be very happy indeed. Unless of course you don’t care for 24 karat gold-plated fixtures, handcrafted white marble vanities and ‘earth stone’ mosaic tiled bathrooms. (Not being an interior decorator, this raises the question in my mind: What stones aren’t from earth? Meteorites? But let’s move on.)

Travel Tips for the rooms at the Plaza: While you’d think a penthouse suite is the ultimate in luxury, traditionally at The Plaza hotel in New York the best rooms were located on the lower floors. Upstairs were the servant’s room. So take that, penthouse guest. 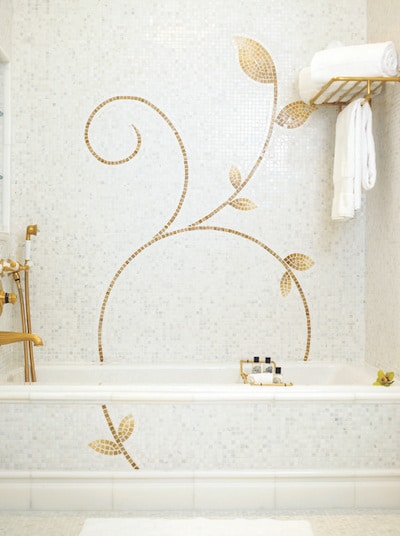 The Plaza, where old is sometimes new

The Plaza has 282 guest rooms including 102 suites. What’s new are the 29 renovated Legacy Suites, which are designed to make you feel as if you live in the chichi Upper East Side. (Where I would like to live very much. But not quite as much as I’d like to live in The Plaza, just like Eloise.)

All the suites have butlers available 24 hours a day, which is vitally important. I don’t know about you, but if I can’t call my butler at 3 a.m. to fetch me cognac and cookies, or maybe truffle macaroni and cheese, my whole vacation could be ruined.

Even if you’re not staying at The Plaza (though if you have a weakness for  legendary New York hotels I highly suggest you do) there are plenty of ways to experience the hotel. And don’t worry, you don’t even have to be carrying the latest Valentino Rockstud Flip Clasp Small Crossbody handbag to feel at home there (though it wouldn’t go amiss.)

Todd English Food Hall, and that other Food Hall, The Plaza Food Hall, because two food halls are better than one

Does everyone who lives in New York know this? If not, they should. One level below the stunning Beaux-Arts décor of the elegant Plaza hotel is an entire universe of food, a bustling food hall that is somehow two food halls put together: the original Food Hall by Todd English, which opened in 2010, and an additional 32,000-square-foot space called The Plaza Food Hall that was added when Todd’s proved so popular.

It’s low key, not intimidating and tourists are welcome, so wander around and pick whatever appeals to you because you can get everything from the all important fine caviar and lobster salad to pizza and frozen yogurt.

(It was a tough choice but I went for the Lobster Cobb Salad ($28) at Todd English Food Hall. Someone had to do it.)

At Todd English Food Hall we had waiter service, and the mosaic marble floors and wood paneling windows raise it above the level of your average food hall (but then what do you expect from The Plaza?). My sister Catherine is still raving about the Peking Duck Buns ($26) and here’s why she thinks The Plaza fits into a perfect day in New York.

“The Food Hall is affordable, unpretentious and the food is delicious. An ideal day in New York would be to meet your friends for lunch then walk through Central Park up to the Metropolitan Museum of Art, or check out some of the art galleries on Madison Avenue.”

And then you should walk back to The Plaza and go to the Champagne Bar. But maybe that’s just me.

Cost for the Plaza: Well it’s certainly not cheap, but that’s New York for you. The best rate I saw for a standard room for single occupancy was $603 USD including taxes and it went so fast I couldn’t grab it. $1,000 is not uncommon during high season in fall.

Yes, you can get a carriage ride right outside The Plaza. If you don’t feel sorry for the horsies.

No, you probably shouldn’t frolic in the Pulitzer Fountain out front. You’re not Zelda.

The Plaza has a Caudalie Vinotherapy Spa. If you like wine-based spa treatments, this is for you.

Check prices and availability at The Plaza Fairmont New York.

Visiting Versailles – A Private Backstage Tour
Next Post:Attitude at the Mount of Beatitudes, a trip to the Holy Land