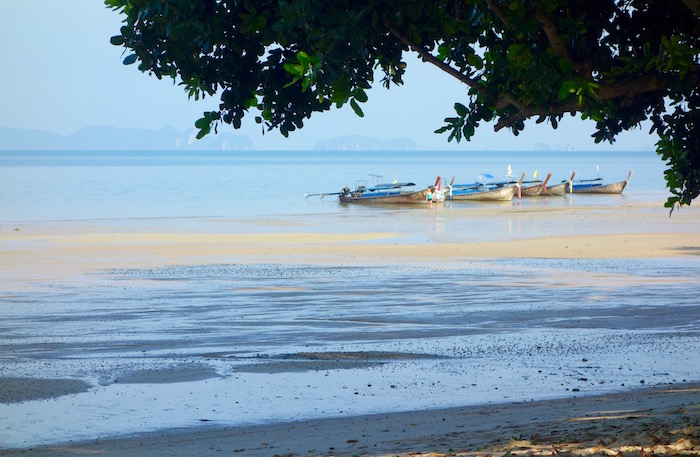 Travelling Free as a Travel Writer – Ethical or Scam City?

Many people dream of being a travel writer or blogger so they can get free travel. Does this mean their work is compromised? Are they only going to write good things because their trip was paid for? Here’s a look at ethics in travel journalism and how I deal with it. 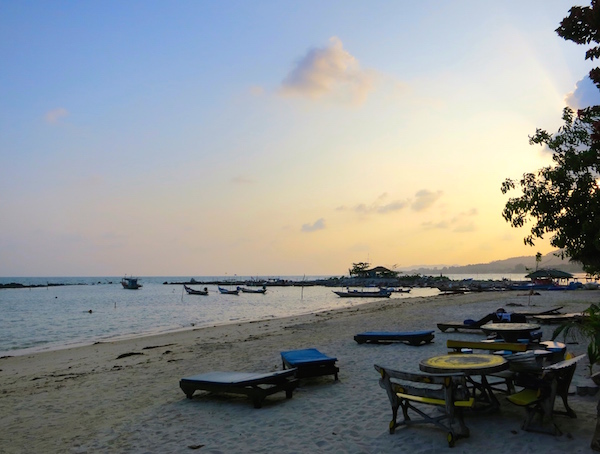 Traveling Free as a Travel Writer

A couple of years ago I was walking around the Annex in Toronto and ran into a man I’d met on a beach in Thailand – what are the odds?

The first thing he did, after finding out I was now travel writing, was to launch into an attack on my integrity. The gist of the conversation was, “If you take the free trips, of course you’re going to write good things. Travel writing is a sham.”

My response was, “Have you read any of my stuff?”

That kind of glowing PR-ish writing he was talking about bores me and I can only assume it bores readers, too. For the most part I tend to shy away from making sweeping judgements about places. My approach is just to tell my story, to write about the people I meet and the trouble I get into. (And trust me, I can get into trouble whether a trip is paid for or not.)

My goal is to create a sense of the place without using superlatives, as in,”This is the best facial I’ve ever had!” Unless of course, it really is the most amazing facial and I suddenly look seven years younger … then I probably would write a report that’s as glowing as my freshly-peeled skin.

Unless they’re masochists, travel writers love to travel so whether a trip is free or not, they’re probably going to find something they like.

And if they don’t, it’s still going to be great material which is why, when you get a group of travel writers together the conversation may go something like this, “Wow! You fell off your bike and landed on your face and broke your camera in Barcelona? What a great story that’s going to be!” (Hey, that actually happened, and yes, I wrote about it.)

Read more about travel literature and why travel and writing are lovers.

The Ethics of Travel Writing

BUT. I’d be crazy to deny that there is pressure to write positive things. What’s the point of pretending that a hotel or a tourist board is going to shell out thousands of bucks to fly me somewhere and put me up and feed me on a press trip so that I can tell everyone how much the place sucked? This is where the integrity thing could get tricky, except it usually doesn’t because … because of a few reasons:

1) If a hotel or a cruise company really sucked, they’d probably be aware that they sucked and wouldn’t bother forking out money to get a journalist there on a FAM trip (a familiarization trip) to verify this.

Just the description alone of canned ham on a plate somehow strikes me as humorous, almost Dr Seuss-ish, and when things are funny I tend to enjoy myself, so I may actually end up liking the canned ham just for being the canned ham that it is and giving me something funny to write about. Is that unethical?

3) If something is truly awful, leave it out. I think many writers take this approach. It’s easy to do because on a press trip to say, Aruba, we’re not spending (wahhh!) hours on the beach.Instead, we’re seeing every tourist sight, eating at a million restaurants, doing more hummer tours, snorkel trips and city tours than we want to and generally seeing so much stuff that only our favourites will make it into an article anyway.

If you think that paid travel means swanning around in a deck chair while an attentive pool boy is bringing you pina coladas, think again. If only.

And, if a writer in some kind of travel media organization like the Society of America Travel Writers, which I am in, we do have standards of ethics.

Newsflash: I don’t always take free trips – most of my budget goes to travel. Here are some ways I make luxury travel affordable.

Considering I take free trips all the time (though I still spend all my spare cash on travel) and that travelling free is the only way I can afford to do my job, I hate to see these poor slobs slammed, yet I think the Times’ high and mighty philosophy of accepting nothing from a journalist who has had anything subsidized could use a poke or two.

Then again, it might just be sour grapes on my part, because when I was just starting out, the LA Times called me, interested in publishing a story I’d sent them on Glastonbury.

“Was this trip subsidized in any way?” the editor asked.

I was so proud I could say no. On a 3-week trip around Britain I’d paid my airfare, my train fare, my food and room. “The only thing I got,” I said, “was that Visit Britain said they’d reimburse me for four nights hotel, but that wasn’t in Glastonbury.”

“Sorry,” said the editor. “If any of your travel was free we can’t accept it.”

That was a blow. I could have just left that free part out, I suppose, as it wasn’t relevant to Glastonbury, but on the other hand it saved me a lot of guilt down the line. What if it came back to haunt me somehow? What if Newsweek included me as a bad example on the ethics of travel writing? And anyway, how could I tell anything but the truth? Because, as you know, a journalist, especially a travel journalist, always tells the truth.

Reasons Press Trips are Not Worth It

I just came across a post on Gadling.com by Tom Johansmeyer called Free Press Travel: necessary … and certainly not evil, a well-thought out – if slightly exhaustive – piece in support of free travel and press trips for travel journalists.

I like the sounds of this guy, he cares about getting his story and will break off from the group if he has to. That’s the hardest part about a press trip, being herded around in a group, because I’ve never been good in a pack.

I agree 100% that the best press trips are the ones with the loosest agendas, and where the public relations people are there to help us get our articles rather than to make sure we Do! Not! Deviate! from the itinerary.

Wait, I take it back. That’s not the hardest part of a press trip. The hardest thing is that we never get enough sleep. Why? Why? When did eight hours of sack time become a forbidden luxury?

But I digress, and am only talking about the things I don’t like about press trips, ie when a tourism board or tour company or hotel invites a group of journalists on a trip.

Why Press Trips Are Worth It

1) The destinations, of course. Spain! Italy! The Yukon! How great is that?

2) Seeing things I would never see otherwise. While I always think I know best when it comes to finding what I need for an article, often an itinerary forces me to do something that sounds boring … and then it’s the coolest thing ever. Like touring a ginseng store. Now I love ginseng.

3) Getting to know some of the PR people and the other journalists. After two days together, it’s gone way beyond cocktail party talk and we’re dishing deep. So fun. Except, of course, for the people you don’t like. Or even worse, the people who don’t like you. Not, um, that that’s happened. Nope. No sirree.

4) Breaking out of my self-made box. For some reason, I’m scared of almost everything, except travelling and heights, and often when I’m on a press trip there will be something I don’t want to do, and then I do it and feel like Rocky.

I have snorkelled (What? So I’m scared of the sea), gone dog-sledding, gone skiing for the first time in 10 years, ridden an elephant, eaten chicken anus … oh, no wait, that wasn’t a press trip, that was in a bar in Korea with friends. Anyway you get the idea.

5) Itineraries that include facials. What can I say? I love them.

6) The free part. How could I see the world to the extent that I do and write about it otherwise? And how else could I share my enthusiasm with the world.

And if you do want to become a travel writer, here are some tips on how to do it.

How to Become a Travel Writer – 12 Rules to Follow
Next Post:Ste Anne’s Country Inn & Spa review