Northern Spain: The caves of Altamira

The caves of Altamira show some of the finest example of Paleolithic art in the world. Located in northern Spain, the mysterious Altamira Cave reveals handprints, signs and cave paintings of bison, horses and deer that were created 20,000 years ago.Closed to most visitors for conservation reasons, the site nonetheless offers a fascinating replica cave that is eerily atmospheric. 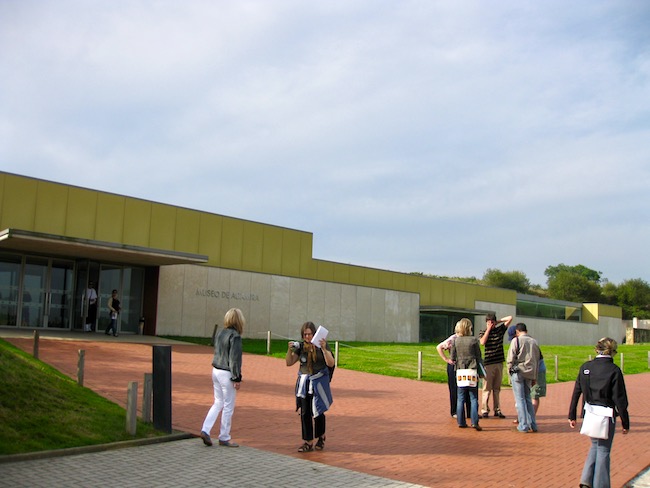 Is faking it ever worthwhile? Culturally speaking, that is. I’ve come a long way to the province of Cantabria in northern Spain to see the famous cave paintings of Altamira, only to find that the Neocave I’m about to enter is a ‘conservation facsimile,’ i.e. a replica. The real Altamira Cave, a UNESCO World Heritage Site, is 200 metres away and is closed while conservation conditions are studied. Although you may get lucky and be one of the five lucky visitors who gets to tour the actual cave per week.

It’s the eternal tourist conundrum – knowing we are killing sensitive sites by showering them with love. In the Altamira Cave, for example, body heat and moist breath can alter temperature and humidity levels, a potential threat to the paintings – paintings so dynamic they inspired both Picasso and Miro.

Of course these painters were moved by the genuine article, a 270-metre long cavern with over 100 paintings and engravings of bison, deer, horses, handprints and enigmatic symbols. Created with natural pigments like ochre and coal, they’ve lasted for an incredible 15,000 years.

Entombed by a landslide that blocked the cave entrance, the paintings were discovered in 1879. Offering a rare insight into prehistoric man, they became a magnetic draw. In the 1970’s the stampede to Altamira reached a crescendo, prompting its closure for preservation reasons. In 2001 the Neocave was opened, and the art of fakery began.

I’m not big on fakes. I had an imitation Chanel bag once and it made me feel empty. But I’ve come too far – just outside the medieval village of Santillana del Mar in a lush swath of the country known as Green Spain – to turn back now.

My first thought on entering the Neocave is that someone had unearthed a real cave and installed replica paintings – it looks that authentic. One man in our group knocks on the recreated stone walls, as if to check for himself. 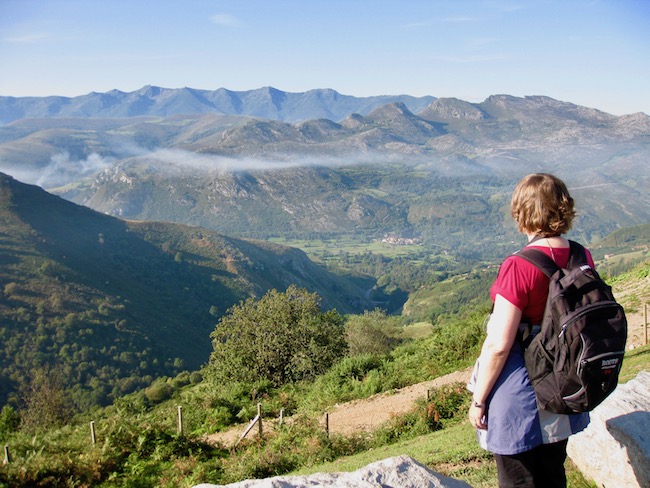 The amazing art of Altamira

Our petite dark-haired guide explains that 3D laser scanning using 40,000 information points per square metre was used to reproduce the cave exactly, down to every bulge and crag. Conversely, the paintings were done by hand using authentic tools and pigments – a task that took two Spanish artists over a year.

The first chamber illustrates Paleolithic life through a variety of displays. The cave was inhabited during the Upper Solutrean and Lower Magdalenian epochs (18,000 to 13,500 years ago), around the end of the last ice age. These Homo sapiens were hunter-gatherers who lived in groups of between 20 and 40.

It’s the main gallery, however, the Polychrome Chamber, that packs the punch. Dubbed the Sistine Chapel of the prehistoric world – the ceiling is alive with rollicking reddish bison and other large animals. Each beast is unique, some twisting, some crouching, their volume enhanced by the use of the natural curves of the rock.

Altamira Cave was originally dismissed as a fake

The original paintings were initially shunned by scientists. How could primitive man create such masterful pieces of art? It seems ironic that they were dismissed as fakes, when today, between environmental concerns and advances in both computer technology and industrial fabrication methods, high-fidelity fakes are part of our future – a way of balancing cultural tourism, especially important in depressed areas, with preservation.  Other examples of conservation facsimiles already exist, like the replica of the Lascaux Cave in France.

In the dim light, our guide shines a light on various features, the tail of a bison, a baleful eye, a delicately-etched horse. There is a momentary silence as we take it all in.

“Why were they made?” someone asks.

The guide laughs. “Historical questions that start with why can never be answered.”

She does say it’s likely the paintings were not done for amusement, but for spiritual reasons –a primitive form of a sanctuary. One theory is that the paintings were made to capture the soul of the animal. The codes to its true purpose, sadly, are long lost.

The mysteries of Altamira

Adding to the mystery are the abstract designs scattered between the animals, symbols of something, but of what? Equally intriguing are the handprints. Some are positive (handprints in paint) and some negative, where the hand shape is left bare with charcoal traced around it.

The bare hand seems surreal, gleaming under the flashlight as if it’s reaching through time to pull us in. And even though I know it’s a copy, it no longer matters – at least not quite so much. Like a well-crafted movie, the Neocave has sucked me into its pseudo reality. Faking it, it seems, has become an art in itself.

Planning your visit to the Altamira Caves 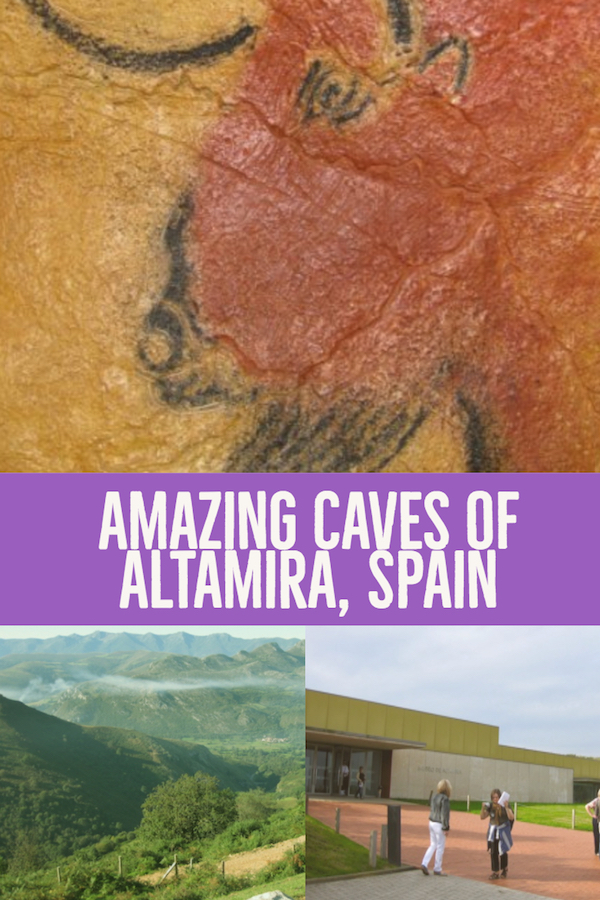 Visiting the replica caves and the conservation centre

The New Altamira Museum, the Museo Nacional y Centro de Investigación de Altamira, is a centre for conservation, research and education, offering a permanent exhibit on “The Times of Altamira,’ the Neocave and various cultural activities. All written information (i.e panels and captions) is available in both Spanish and English. Visit the official website for more information.

How can you visit the actual Cave of Altamira?

Once a week on Fridays, there is a  37-minute tour of the actual Caves of Altamira. Only five people are chosen by lottery. Strict rules about proper attire and lighting conditions apply, and visitors must follow the tour, which is in Spanish and stick to the allotted viewing times for each section.

The weekly tour of the Cave of Altamira begins at 10:40 am every Friday. Anyone age 16 or older who is visiting the museum between 9:30 and 10:30 on that day is eligible to enter their name to be selected at random for one of the five available slots. When you enter the museum, you will be given a participation request form to fill out and the conditions of the visit, which you must read and accept.

Any date changes will be announced in advance on the Altamira Cave website and at the museum.

Cost to visit the caves

General admission is €3. Museum entrance is free on Saturdays after 2 and all day Sunday.

Where is the Altamira Cave?

The Museum of Altamira is 2 km from Santillana del Mar. It’s 30 km west of Santander on the northern coast of Spain midway between Bilbao and Oviedo. The closest bus stop to the Altamira Caves is the village of Herran. It’s a short walk from there.

Is Altamira one cave or more?

Hm. Both. According the UNESCO World Heritage Site, there are 17 Paleolithic caves with cave paintings that are considered an extension to the Altamira Cave, so while there is one Altamira Caves, the 17 caves together are listed as the Cave of Altamira and Paleolithic Cave Art of Northern Spain.

Powered by GetYourGuide. Become a partner.