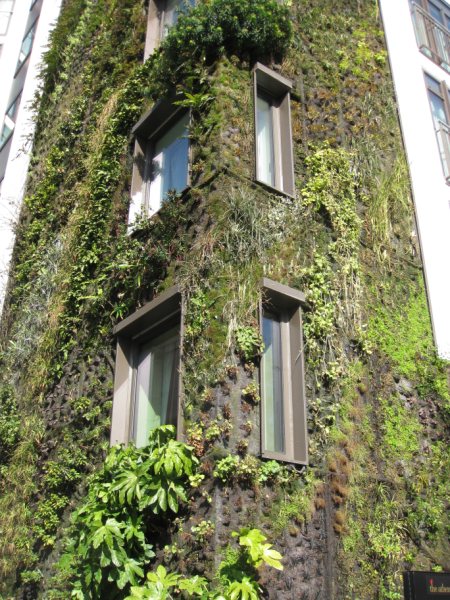 I’ve only been in London, England, for two days and already travel is teaching me many things. One, be sensitive to other cultures … and this includes super powers. When I go to Thailand, say, I know that as a woman I shouldn’t touch a Buddhist monk and I’m careful about this (except for the time in Laos when I accidentally handed a novice a pen).

But it never occurred to me that I shouldn’t gloat over Canada winning the gold medal in hockey whist in London. (Did I just say whilst?)

Whilst I was checking into my hotel, the lovely Athenaeum on Piccadilly Street, I overheard a conversation in the adjacent Whiskey Bar. I heard, “You’re not Canadian, are you?” and ‘What was the score?” I heard something about overtime and a 2 2 tie then saw long faces. I dashed over. “Who won?”

“Yes!” I screeched, while giving a very undignified air punch of some sort. Don’t ask me why. I’m not even a hockey fan, but I’m evidently a patriot because I was really pleased. Maybe it’s because the pilots kept announcing the score all the way over the Atlantic so it went into my psyche whilst I was trying to sleep.

Then I saw it. The American guest’s angry/sad/generally unhappy stony face.

I retreated back to the check in counter. When he walked by, I said, “I’m sorry for your loss.”

“That’s okay,” he said coolly and walked away.

Actually I wasn’t sorry, I was joking, but then I realized. The Olympics are many things to many nationalities and I shouldn’t be so Canada-centric. That’s how wars get started. I mean, not that a war was about to start, but it suddenly gave me a broader point of view. I felt like saying, look, we’re not a super power. We’ve never been a super power. Just let us have hockey, but I didn’t. It would have looked a bit weird if I’d run after him.

In addition to cultural sensitivity, I have learned always to travel with a backup credit card. That’s because my card was being declined  all over London, so I went back to the hotel and blamed them. I thought because I’d had to hand over my credit card for some sort of large preauthorization charge thingy, that my card had had a heart attack. Not only were the hotel staff apologetic, they helped me contact the credit card company and then apologized again, even though, the problem with the card was that it had expired not that I’d charged anything at all.

I’m on my first day of a two-week trip to the UK and my card has expired! And you know what I’ve done with the new one? I cut it up the day before I left because I thought it was the old one. Yup. And then the lovely hotel people offered to give me a cash advance, which I thought was above and beyond the call of duty after having already apologized twice for my credit card being expired. Luckily I didn’t have to take them up on the advance because I had my backup mastercard. Honestly, I shouldn’t be allowed on a plane. But I was just grateful for the hotel’s cultural sensitivity.

Not all cultural sensitivity is equal

Though I must say, not all of London is equally culturally sensitive. In the The Times sports section today there was a piece about our Vancouver Olympic wrap up and how it was all giant beavers, moose, and well … the writer, Giles Smith, was pretty stuck on the giant beavers.

Then again, this is the country that produced the Carry On movies. I felt like emailing Giles and saying, look, we’re not a super power, we’ve never been a super power, just let us have moose and giant beavers, but he may have heard that argument before.

Anyway, I’ve learned other things, too, on this trip, but perhaps you’ve heard enough life lessons for one day. Nonetheless, here they are. I learned that taking a daytime flight over to Europe beats a night flight. I learned that if you catch the tube into town at 11 at night, the underground staff are actually very helpful.

One explained how an oyster card (transit pass) works and another came after me as I was standing in a dazed lost manner to ask me where I was going  and point me in the right direction. It all comes down to … yes, you’ve guessed it. Cultural sensitivity.

Although I can’t really blame cutting up a new credit card on my culture and the fact that I’m Canadian, can I? Oh well, I’ll blame it on stress. That’s always a good excuse. And now, tomorrow it’s off to Wales, where I’m going to go roping, hiking, gorge walking, put on a crash helmet and throw myself into the sea. I just can’t wait to see what life lessons I get out of that.