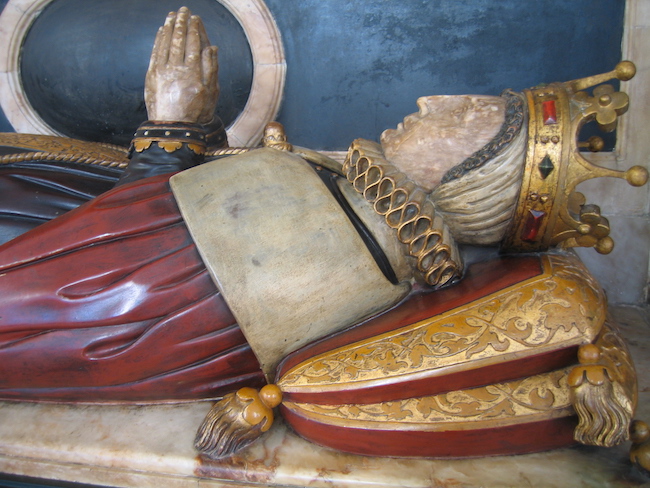 Bess of Hardwick in the Peak District of England

Travelling to the England? Don’t miss the sights related to the wealthy Bess of Hardwick in the Peak District of England, one of the most fascinating women in Elizabethan England.

Bess of Hardwick – the epitome of Elizabethan Girl Power

You wouldn’t think marrying your 13-year old cousin would start you off on a profitable marriage trail, but when flame-haired Bess of Hardwick, later the Countess of Shrewsbury, got hitched at the age of 15 it was the first step in a long line of marrying up. 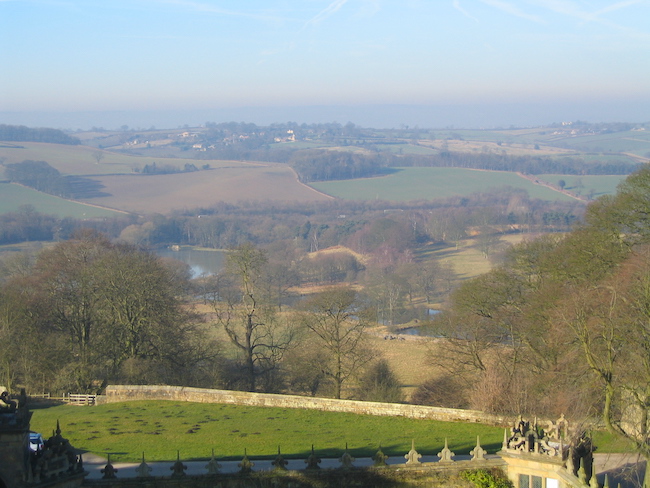 The second most important woman of the Elizabethan Age

Everyone’s heard of Elizabeth I, the daughter of Henry VIII and Anne Boleyn. She would go on to become one of England’s most famous queens, but this is the story of the second most powerful woman of the Elizabethan Age, another red-headed Elizabeth, better known as Bess of Hardwick?

Today, more than 400 years after Bess of Hardwick’s death, it’s almost impossible to travel to the Peak District of England around Derbyshire where she was born and not come across a few Bess of Hardwick sites.

Forward thinking when it came to building, and responsible for the construction of the area’s most stately manors, Bess of Hardwick was equally gifted at the art of marrying well. She wed four times, each to a more wealthy aristocrat.

By the time she was on her last husband, no one could rival her for status or riches other than Queen Elizabeth I. Today, two of Bess’s former estates in the Peak District of England, Hardwick and Chatsworth, as well as Derby Cathedral highlight some of her architectural accomplishments.

Completed in 1597 when Bess of Hardwick was 71 and done with marriage for good, Hardwick Hall pushed the boundaries of style with symmetrical lines and has so many glittering windows (unheard of for its time) that it became known as ‘Hardwick Hall, more glass than wall.’

Who was this woman, I wonder aloud? And why can’t I have a house like that?

“Bess of Hardwick had no reputation as a beauty,” says Ellen.

“She was more known as a businessperson. But she had charm and charisma.”

She must have had something to rise so high. And, like many a nouveau riche woman after her, she wasn’t afraid to flaunt it. In case you should forget Hardwick was Bess’s creation, for example, her giant-sized stone initials, ES for Elizabeth of Shrewsbury, run across the top of the house.

“Bess of Hardwick’s house is an exercise in Girl Power,” says Neil Wright, keeper of the collections at Hardwick Hall. “It’s not subtle. It’s a making-a-fist-in-your-face house.”

Bess of Hardwick – a tough woman in tougher times

Nonetheless, Bess’s life wasn’t all roses. After her first three husbands died (her third likely poisoned by his brother), Bess of Hardwick married the mighty Earl of Shrewsbury, who was, some say, driven mad by the gargantuan task Elizabeth I had set before him, guarding the prisoner Mary Queen of Scots, a drain on his finances that would last 15 years.

High born Mary, shuffled between the Earl of Shrewsbury’s various properties, was no easy prisoner, insisting on a large retinue and courtly trappings. Not only that, her loyal supporters (and smitten admirers) kept launching plots to put her on the English throne.

It was a colossal headache for the Earl of Shrewsbury and no picnic for his wife, Bess, who must have been worried her husband would succumb to the Scottish Queen’s legendary charms.

Bess took her stress out in building palatial manors. Chatsworth, where Mary occasionally stayed and where Bess of Hardwick raised her children from her second marriage to William Cavendish, is one of Britain’s most-visited homes and was the model for Pemberley in Jane Austin’s Pride and Prejudice (both the book and the film.

It’s one of the most impressive sites relating to Bess of Hardwick in the Peak District. While little remains of her original walls, as it was redone in the 1690’s, Chatsworth is a regal estate. The grounds are spectacular and at the front gate I happen upon one of Bess of Hardwick’s descendants, the 12th Duke of Devonshire. 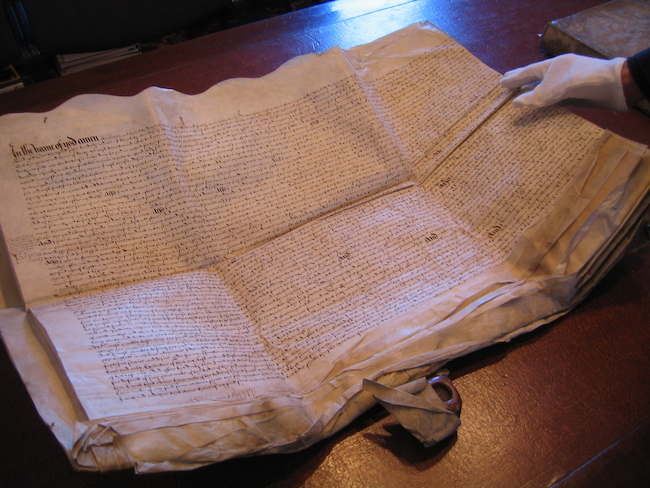 The Duke of Devonshire at Chatsworth

While I don’t actually speak to the Duke to Devonshire, he does throw a polite smile in my general direction. Unlike Bess of Hardwick, this is as close as I’ll come to marrying up.

“He lives here with his wife,” Ellen informs me.

Ah well. We all have our lots in life and apparently mine is not going to be set in a stately home full of priceless art and treasures. All that’s left now is to visit Derby Cathedral. This is where Bess of Hardwick’s memorial, which she commissioned and designed herself, commands attention. A dramatic contrast of marble and alabaster, it’s over 7-metres high, contains a lifelike effigy of Bess and ensures that even in death, Bess of Hardwick remains an icon of Elizabethan Girl Power. 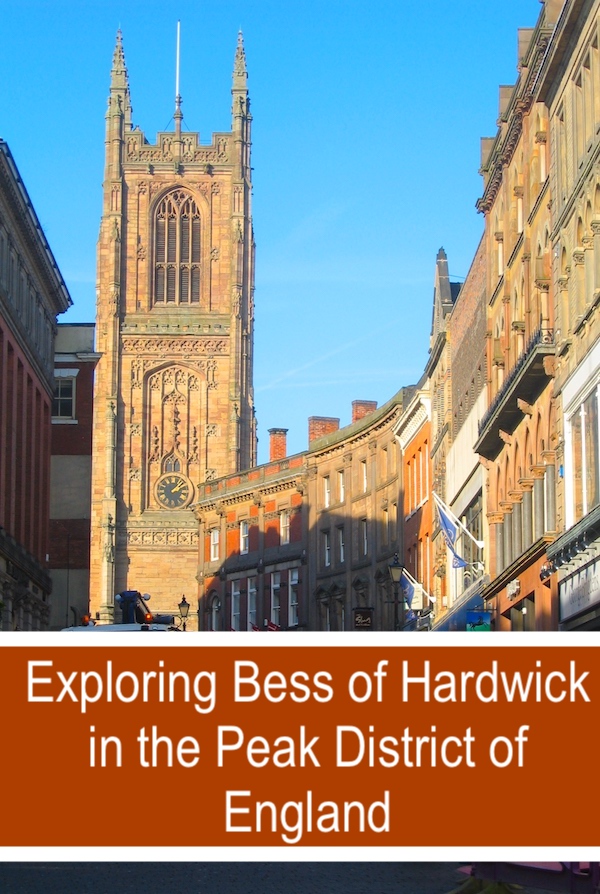 The Peak District in the East Midlands area of England is known for its scenic hills and dales, excellent walking trails and, of course, Bess of Hardwick and her stately homes.

Where to Stay: To visit Hardwick Hall, a National Trust property, Chesterfield is a convenient gateway.

If you want to experience the area’s natural beauty and stay near Chatsworth, the towns of Bakewell and Buxton are better bets. In the historic spa town of Buxton, the 3-star Old Hall Hotel was once a home owned by the Earl of Shrewsbury and hosted Mary Queen of Scots.