Chocolate has undergone a global revival, especially in Zurich. So if you like all things sweet and anti-oxidant rich, or want to see a different side of Zurich, Switzerland, read on for the tale of Zurich’s chocolate chic.

Zurich in the winter

When your guide’s name is Sandra Claus, sparkling lights are illuminating the streets and you’re heading to Confiserie Sprüngli, a café established by one of Switzerland’s first chocolatiers, David Sprüngli in 1859, how can it not feel festive? 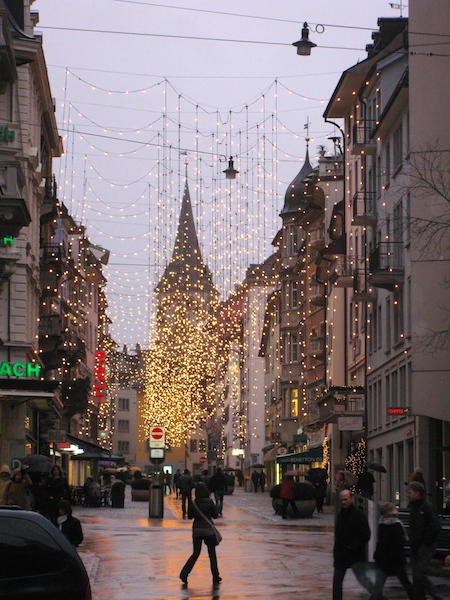 After all, what goes together better than Christmas and chocolate? And while the Confiserie Sprüngli café in Paradeplatz has been around for 150 years, chocolate has undergone a revival, becoming as hip as a new pair of Christian Louboutin heels.

As Sandra and I sip hot chocolate in the sleek ground floor of Confiserie Sprüngli, as opposed to the more traditional decor upstairs, I can’t help notice her belly is big enough to rival Santa’s. It’s not from too much sugar, however. She’s expecting a boy on December 28th and why do I just know he’ll arrive three days early?

“Are you going to name him Noel?” I ask.

“I seriously suggested it to my husband,” she replies. “But he just looked at me and said no. We decided on Noah.”

Does Switzerland make the best chocolate? A raging debate

Whatever his name, he’s bound to like chocolate. The debate might rage over who makes the best, Belgium or Switzerland (or Italy or France …) but there’s no denying the Swiss are the biggest consumers – wolfing down 12.4 kg per capita a year.

In the tiny town of Kilchberg on Lake Zurich, where the writer Thomas Mann lived after WWII, I visit the Lindt & Sprüngli Factory (which, since 1892, has been a separate company from Sprüngli) to talk with chocolate master, Daniel Taennier.

Lately, though, his attention has been turning to dark chocolate. “It’s like wine. Your tastes change,” he says.

Some tastes don’t. Chocolate has been lusted after for 3,000 years, when cacao pods – the fruits of the cacao tree – were pummelled, mixed with chili and used as a bitter ceremonial drink by the Mayans and later the Aztecs. When Cortes brought beans back to Spain, they were still used as a beverage. Then, in 1847, England produced the first solid chocolate bar, making it something to be eaten rather than shaken and stirred. 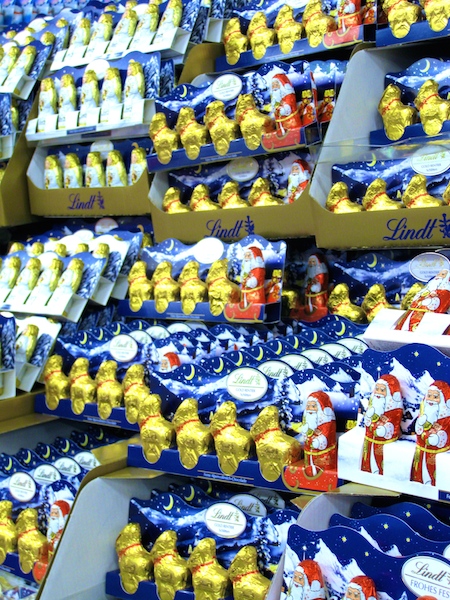 Chocolate chic in Zurich and the chocolate conching process

Skip to 1879, when a Swiss eccentric chocolate lover, Rodolfe Lindt, created the conching process, a slow agitating process that makes chocolate the aromatic melt-in-your-mouth delicacy it is today, so sinful and indulgent some say it’s better than sex.

How to eat chocolate

Just as you can spice up your love life, you can spice up your chocolate, with flavours like chili and peppercorn currently the rage. I’m all for adding some kick to my cacao so I pop a piece of chili-flavoured chocolate in my mouth. As Taennier instructs, I let it melt on my tongue and run over all my taste buds. Slowly I breathe in through my mouth and exhale from my nose. This causes an explosion in the back of my throat, and quite possibly, a brand new addiction in my brain.

“We tried more than 300 different chilies before finding the right one,” Taennier says. 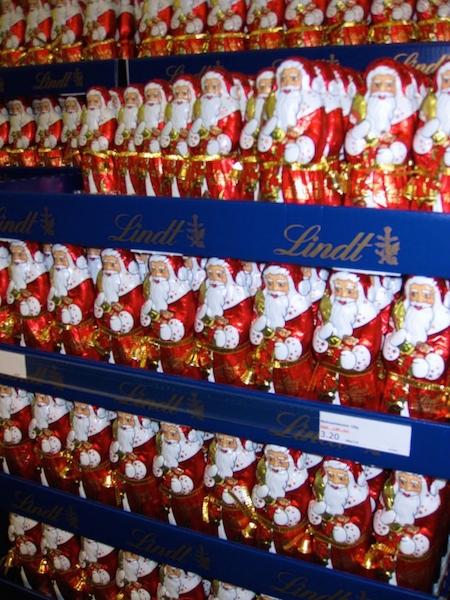 Chocolate chic and the new flavours of gourmet chocolate

Salt crystals in chocolate are also gaining ground. “Salt intensifies the taste of what you eat,” he says. “Some of the 600 flavours in cocoa are hidden but salt will bring them out.”

Six hundred flavours in a bean? With so many notes like apricot, vanilla and tobacco naturally present, depending on the bean, you wouldn’t think chocolatiers would add anything, but experimental combinations and ingredients have become as edgy as molecular gastronomy.

Chocolate chic around the world

Where are the best places to buy chocolate in the world? Well, Switzerland isn’t the only country getting inventive. You can eat wasabi-flavoured chocolate at Vero Chocolate Lounge in Hong Kong, Roquefort/walnut chocolate at Jean-Paul Hévin in Paris, anchovy and hazelnut at Cacao Sampaka in Barcelona or an an aged balsamic vinegar at Soma in Toronto. And these are just a drop in the cacao bucket, there are more flavours available than presents in a festive season.

“There isn’t one ingredient that doesn’t go with chocolate,” Taennier says. “It’s how you combine them.”

It’s how you eat chocolate, too. Smell it, touch it, and devour it slowly. Like wine, it’s complex, like fashion, chocolate is chic, but like good old Santa himself, it’s still a classic tradition – just watch the size of your belly.

Note: At the Lindt factory in Kilchberg only the gift shop is open to visitors. Lindt Factory is located at Seestrasse 204, 8802 Kilchberg, Switzerland

Zurich: The Confiserie Sprüngli is located at Bahnhofstrasse 21, Paradeplatz

Fine chocolate shops around the world: