During my Aveda Botanical Resurfacing Facial with tourmaline at Ste Anne’s Country Inn & Spa near Grafton, Ontario, various thoughts flitted through my head, such as: For a petite young thing, this therapist has seriously strong fingers. Is my skin going to rub off? How am I going to look? 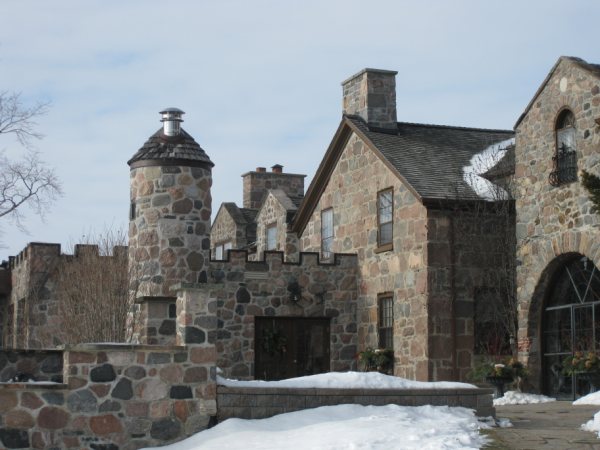 The castle spa of Ontario

At the same time I was pestering the therapist with questions. “Why is this facial popular? What are you putting on now? What is tourmaline exactly? Isn’t it a semi-precious stone?”

That shut me up for awhile. Then I said, “How can a semi-precious stone be full of antioxidants?” Is it crushed up? How do the antioxidants get into your skin?

“Well, it’s a mineral,” she said. To be exact, tourmaline is a crystal silicate mineral that contains a variety of elements like aluminium, iron, magnesium, iron magnesium, sodium, lithium and/or potassium. It’s also a gemstone that comes in many colours, and according to Egyptian mythology, during its journey from the depths of the earth it passed through a rainbow, soaking in all the various hues. Just so you know. 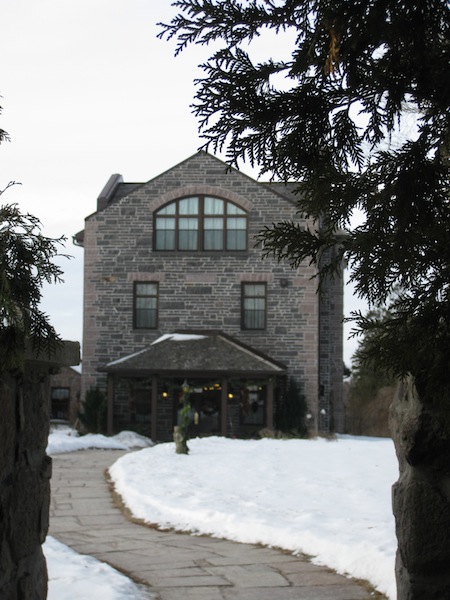 Into the Ste Anne’s Zen zone

The therapist accepted my curiosity with good grace, and eventually, I shut up and went into zen zone mode, that blissful feeling when you finally give up trying to understand things and let yourself drift.

This only happens when I feel I can trust a spa – which isn’t as often as I would like – but Ste Anne’s Country Inn & Spa in Northumberland Country, an hour and a half east of Toronto, is one of Canada’s best. In fact, Ste Anne’s was voted Favourite Spa in Canada in the SpaFinder Wellness Readers Choice Awards, an award it’s won for seven years running. So congratulations to the team at Ste Anne’s.

One of the reasons for its ongoing popularity is that it’s a total destination spa, which means that the main purpose of going to Ste Anne’s Country Inn is to spa. Everyone spas. Everyone walks around in their robes, even at lunch. (Though I’m still shaking my head at the woman who wore her red pajamas).

Set on a 400 acre property in the Haldimand Hills, Ste Anne’s Country Inn is a sprawling stone chateau. Amenities include a large (seasonal) outdoor pool, a mineral springs grotto, steam bath, sauna and a cozy country-chic lounge to relax in. 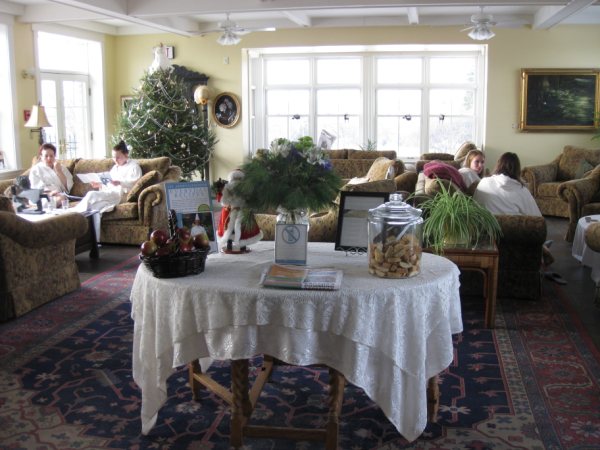 Eat, drink and be relaxed at Ste Anne’s

As a bonus the meals at Ste Anne’s, orchestrated by spa chef Christopher Ennew, are surprisingly deluxe and are included in every package, and a new innovation this year is an onsite bakery specializing in gluten-free products.

They have also introduced their own skin care line, Ste Anne’s Skin Nourishment, and maybe once I’m over my fascination with tourmaline I’ll try it. I am pleased to report that after my facial my skin had not rubbed off and my face felt super smooth. Much more smooth than I’m used to.

“Feel my cheeks! Feel them again!” I kept saying to my boyfriend, who was beginning to wish he hadn’t treated me to a night at Ste Anne’s Spa for my birthday. 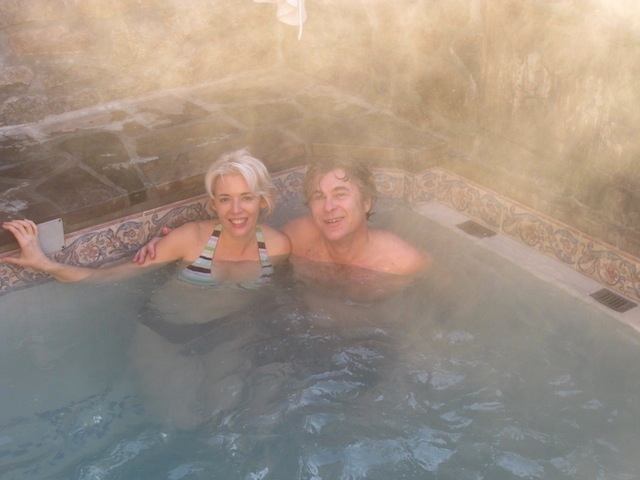 That may be why I lost him soon after to the depths of the men’s changing room sauna, but he could only hide for so long. Eventually he resurfaced and we spent the rest of the afternoon hopping from the hot mineral springs grotto (which I wish was even hotter) to the eucalyptus steam room and into the cool plunge (which I wish was even colder, but I am a person of extremes) and then finally I waded into the small heated current pool where I pretended to exercise.

I also did a stretch class, because I thought I should do something active and it sounded relatively easy. FYI: all group classes are included in your package, whether it’s a day trip or overnight so you may as well take advantage.

Ste Anne’s isn’t cheap but it’s grand for a splurge. Accommodation ranges – there are various country-chic wings, rooms and cottages so have a look at the website.

One thing to note is that tipping is not necessary, which shaves 10-20% percent off your treatments. And it’s BYOB, so you won’t run up that wine bill.

Finally, be prepared to wish you’d booked for one more day, because it’s addictive. It really is. So go and enjoy your stay.

Ste Anne’s Country Inn & Spa is located at 1009 Massey Road, Grafton. A relaxing way to get to the spa is by train. The folks at Ste Anne’s will pick you up at the station. Other options are a limo, in case you want a serious splurge, or driving. Visit their direction page for detailed instructions on how to get there.