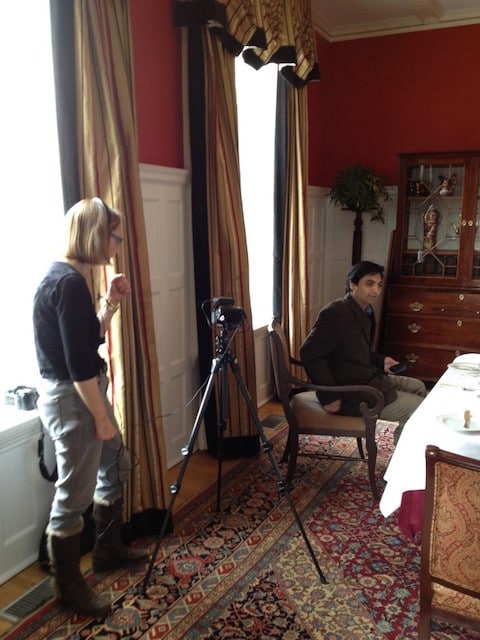 It’s about time I made it to Langdon Hall. I’ve heard people speak of it in the same hushed reverent tones one might use to mention a castle in England. Not a big castle like Windsor, but small and perfect, like Hever Castle where Anne Boleyn grew up. Not the Langdon Hall looks like a castle – it’s a Federal Revival style from 1902 – and it’s not in Europe, but bear with me – there is a connection.

I’m here at Langdon Hall to make a video with Julia Pelish and Adrian Brijbassi from Vacay.ca and really, my main role was – wait for it – to go to the spa. “Gee, I don’t know,” I told Adrian when he suggested the overnight stay. “It sounds like a lot of work.” But luckily, as a passionate and dedicated writer I rose to the challenge.

However, shooting a video isn’t just all fun and games. At least not for Julia who has to do the camera work. For example, not only did I need to shoot a spa scene, then I had to repeat it to do a real treatment without the cameras rolling! It was Langdon Hall’s signature treatment and included a facial with Swiss-based Valmont products and unusually, an anti-aging hair treatment. Now that’s tough work (but at least my hair looks young and sprightly). And then I had to do photos in the whirlpool. And then I had to eat dinner, which was at least 12 courses. 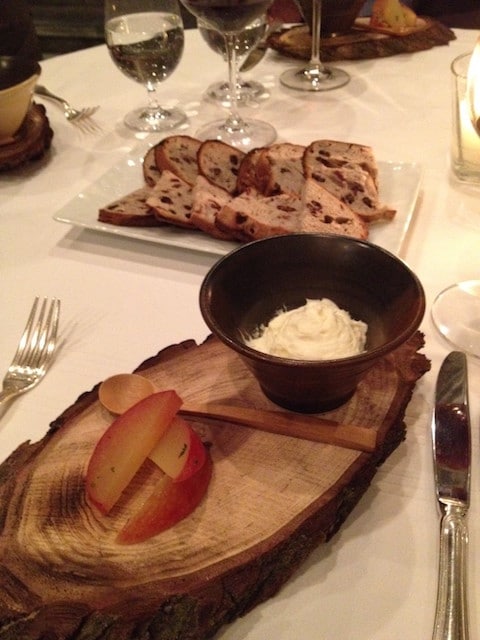 Langdon Hall is for foodies

Langdon Hall a big foodie destination for hungry Torontonians. Chef Jonathan Gushue has won major awards and as one person, who shall remain nameless, told me, “And he’s not bad to look at either.” But enough of that. Suffice to say I learned that I love snow (or spider) crab even more than dungeness crab and that cod’s tongue isn’t a horrid as I thought it would be. 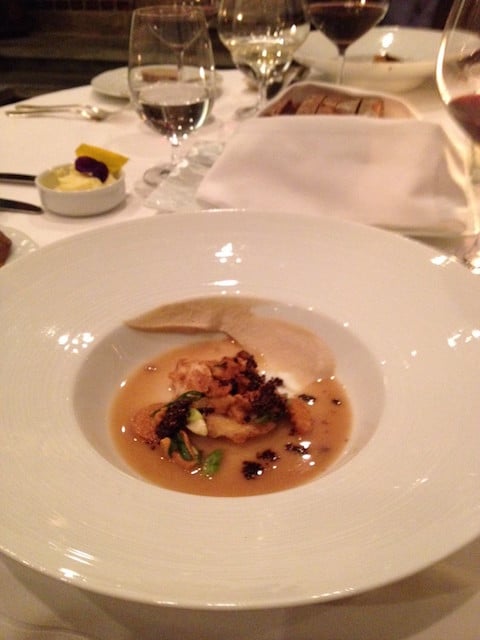 “Cow’s tongue?” Julia said, when Adrian was telling her about the menu as we were drinking a glass of pre-dinner champers in the parlour. She leaned toward me. “I thought he said tongue.”

“Tongue?” In the end, Julia couldn’t get enough tongue (oh, how I’m tempted to make a rude joke here) and ate it right up, along with too many courses to mention, so you’ll have to read Adrian’s article when it comes out on Vacay, because he was the one taking notes while I was busy trying not to drink too much wine.

Built as a summer home

Langdon Hall was built as the summer home for Eugene Langdon Wilks, a wealthy New Yorker whose mother was an Astor. He had to build it because a grand home in New York and a chateau in the Loire Valley wasn’t enough.

But back to Hever. You know how you sometimes have those moments when life feels really special, but it’s also mixed in with deja vu? Last night, we were eating in the conservatory off from Langdon Hall’s original dining room, with brick walls behind us and an old portrait of someone who might have been Colonel Langdon in front of me, and then I was taken back to the night I got to stay at Hever Castle and was eating in the dining room along with a bunch of drunken British journalists – the same room where Henry VIII courted Anne Boleyn and it felt as if I were going right back in time to the Tudor era. And not just back in time but into a very posh world where normally I’d be more of the scullery maid type.

It’s that glimpse of a different time and place that truly is transporting, and it also makes me realize that travel can be more than a sense of place alone, but a glimpse into a particular slice of place that you might not normally see, whether it’s the court life of Tudor England or in this case, the high society world of early Canada. And that’s a pretty addicting place to be.