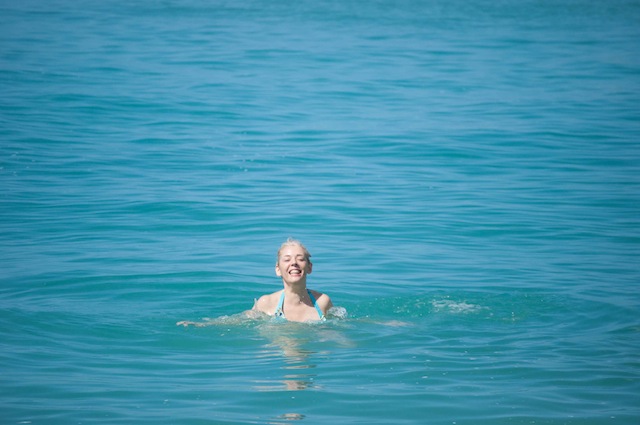 Personally, I’m glad to shake off those sticky tentacles of 2013, because 2013 was the biggest shake-up year I’ve ever experienced.

Events that tumbled my world like a cat in a dryer:

My father died (still not over it). The Toronto Star travel section, which I’ve written for for years, slashed its freelance budget (but I still love them because I’m obstinately loyal). I got married (yes, I realize that’s a good thing, but you can’t deny it’s a life changer).

Other than my fabulous luxury-spa-tour-of-Europe-which-also-included-Venice honeymoon, an event which stands out like a tiny palm-covered volcanic island surrounded by rough surf, one might go so far as to say it was a crap year.

But hope springs eternal for an optimist

I  read on Twitter this morning that inspiration means not only to be motivated, but also to ‘breathe in,’ so I thought I would take a deep breath and give credit to the people and places that are inspiring me to improve my world in 2014.

Elizabeth Gilbert. Not because of her mega-seller Eat, Pray, Love but because of the introduction she wrote in The Best American Travel Writing 2013, that travel writing should transport, and make a reader feel as if he/she knows a place ‘deep in their own bones,’ and that How to do Barcelona in Three Days! is not the way to do it. 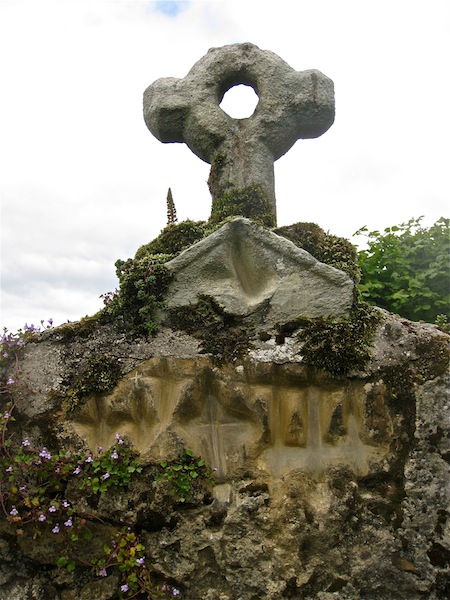 How I’ve put Elizabeth Gilbert’s 2014 inspirational words into effect: I redid an article about my honeymoon, making it profound and hilarious and thoughtful, then had to change it all back again because when I reread it it sucked. But still. The inspiration lives on.

ThePlanetD.com The two upbeat travellers, Deb and Dave, behind ThePlanetD are always so upfront and helpful about how they achieved travel blogging success. And they truly are titans of the travel blogging world, a gazillion people read their adventure travel blog.

ThePlanetD takeaway for 2014? Blogging can take you places, but it’s a lot of work. Keep at it, take it seriously, write often and learn SEO. Oh, yes – and be helpful to the little people.

How I’ve put ThePlanetD inspirational message into effect: After 4 years of trying to figure it out on my own, I’ve been inspired to actually put some money into my blog and get a professional review. Yikes. Travel review with Yoast.com pending! (Oh, yes – and if I learn something from the experience, I’ll help the little people.)

Number 3 is a twin tsunami of inspiration for 2014. Heather Greenwood Davis, who writes a popular family travel blog, and Michele Peterson, who writes a blog about Mexico and beaches and all things warm, are motivating me to at least think about being a better person. Heather, because of her family’s joint decision to celebrate a Christmas without gifts, and Michele, who is volunteering in Guatemala over the holidays.

My Heather and Michele inspirational takeaway for 2014? Don’t be so selfish.

How I’ve put this inspiration for 2014 into effect? Michele and Heather already inspired me to walk around for three days with a pocket full of change giving money to anyone who asked for it. This included buskers, all manners of people with their hands out, the Salvation Army person jingling his tambourine (more than once, because I kept walking past him) and Whole Foods grocery store, where there was a sign to donate at the check out counter.

Sadly, my run of charity broke down when the tall scary guy who swears at me asked for money and I couldn’t bring myself to give him any (prompting said swearing) but I’ll get back on the wagon in 2014.

My father, William Perehudoff. Because he never thought about starting small. Because even though he had almost no money and was a poor Doukhobor farm kid from Saskatchewan, he didn’t understand that he couldn’t be who he wanted to be, so he went to New York and studied art while living in a cold water walkup, and then to Paris where he married the woman of his dreams (hi Mom!) and became one of Canada’s top abstract painters.

The William Perehudoff inspirational takeaway for 2014? Don’t ever understand that you can’t be what you want to be.

How I will put this inspiration for 2014 into effect? I will never understand that I can’t be what I want to be, which isn’t a problem because I rarely understand anything. Miss you, Dad.

Number 5 is a triple whammy: The Gritti Palace Hotel in Venice, Brenners Park Hotel & Spa in Baden-Baden and the Hôtel de Crillon in Paris (even though it’s closed for renovations). These luxury hotels have helped me accept who I am and who I want to be, which is:

What really happened on the way to the Dolder Grand Hotel
Next Post: Alchemy and the spa: do gold facials work?