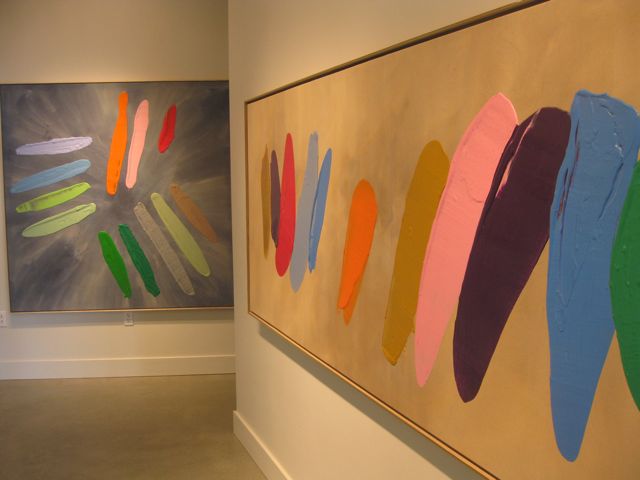 Mom and I just got back to the hotel after my dad’s art opening William Perehudoff: Masterpieces of the 80s at Winchester Galleries Modern in Victoria, B.C. And if you’re wondering why it’s Winchester galleries rather than gallery it’s because there are actually 3 Winchester Galleries here, and this one is for modern art. 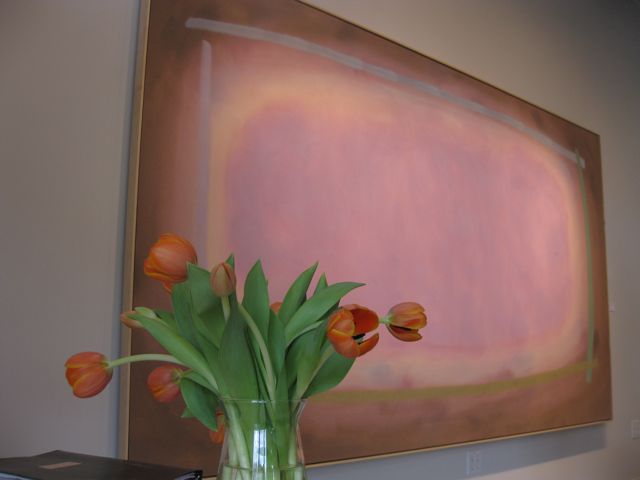 My dad couldn’t make it, so mom and I went as, um, emissaries – and everything went well until I had to give my speech. 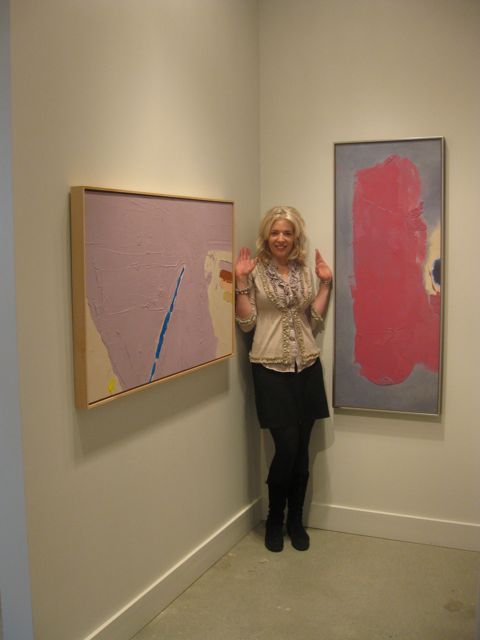 Yikes! Too much to talk about!

Giving a speech of any kind, except maybe to your pet cat, is nerve wracking. And because I didn’t prepare, I fell back on Plan B. Red wine! The trick is, you can’t drink a full glass or you’ll feel hazy. Half a glass is exactly the right amount – just enough to give you the courage to get up and speak to a crowd when you don’t know what to say. 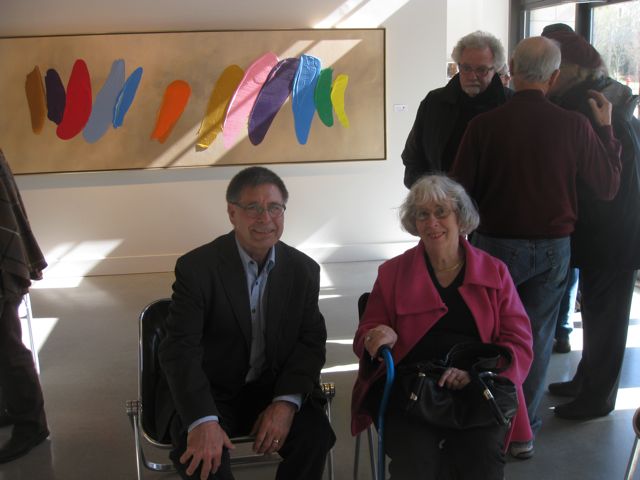 At least I knew what my first line would be. I stood up and said, “This is a very special show because we haven’t seen a show of my father’s 1980s work since the 80s.” It’s true. He’s had mixed shows and retrospectives and paperwork shows since he quit painting in 2003, but this is the first time this particular decade has been reexamined. 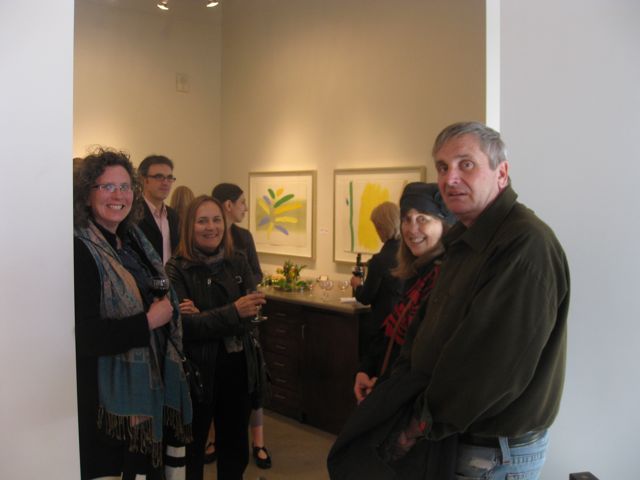 And then I realized that this was a special show. My dad might not be well enough to travel for art these days, but his work isn’t being forgotten. It’s been looked at in a new light. And let me tell you, William Perehudoff’s 80’s paintings look a lot fresher than some other 80s items we might care to mention, like leg warmers and that song Wake me up before you Go-Go … although they say shoulder pads are coming back in. Anywaaay. 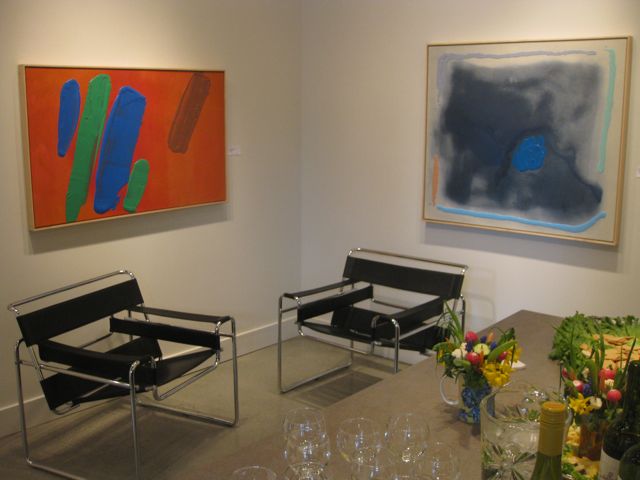 Is it over already?

I also stopped being nervous because I had an even more failsafe backup Plan C. As soon as I ran out of things to say, I simply looked at my mom and said, “Dorothy, do you have anything to add?”

Delegate, that’s my motto. And then no one will even notice that you’ve slunk into a chair and sat down.