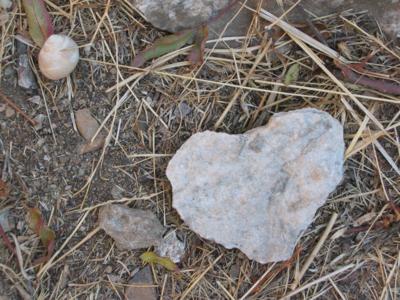 How Merlin the Magician felt about the healing power of rocks

Luxury travel blog » Spas and Wellness » How Merlin the Magician felt about the healing power of rocks
August 6, 2010 by Carol Perehudoff

Recently I checked out a new spa treatment making waves in Japan. Heat waves, that is. Make that infrared heat waves. There are a few spas in North America now dedicated to Ganbanyoku, or rock bathing. And let me tell you, it piqued my interest in the healing power of rocks. 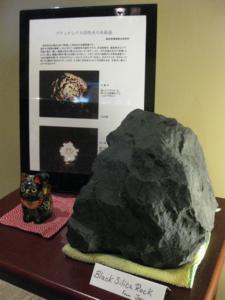 What is rock bathing?

Basically, rock bathing entails nothing more than lying down on a rock. But not just any rock. The spa imported this rare black silica rock from from Hokkaido in northern Japan. And it’s a particularly healing type of rock.

Known as ‘phantom ore’ because of its rarity, black silica emits infrared rays – invisible rays of natural light – that help dilate blood vessels and break down toxins that are then flushed out of the body.

Black Silica also gives off negative ions, those feel-good energy-charged molecules. That’s kind of weird because I always thought negative ions were mainly generated by falling water – part of the reason that you feel so good sitting by a stream or a waterfall. Black silica is also said to have anti-microbial properties. So there you have it folks, black silica, is special.

The healing power of rocks

My friend, Michele, believes in the power of rocks. And if you go up north in Ontario to the Canadian Shield and lie down on one of those big slabs of rock by a lake, it’s a pretty powerful feeling. There is strength in them thar rocks – maybe because they’re so ancient, so dense and so, well, rock-ish.

But obviously if you’re lying down on a rock up north, you are also feeling good because you’re in wild gorgeous nature, probably surrounded by pine trees and water and enjoying a holiday so how much of that positive vibe can be attributed to the rock itself? Where is the science? Let me rephrase that, where is the rock-it science?

The healing power of crystals

There is much brouhaha in the wellness world on the healing power of crystals, gems and stones. Just a quick look on the Internet tells me that :

The healing power of Agate

The healing power of Rubies

The healing power of Amethyst

The healing power of Onyx

Onyx is said to help with skin problems but lessens sexual desire, so you might want to take it easy on that one – because the better you look, the less you’ll care.

The healing power of rocks in sacred places

Places like Stonehenge, Avebury or one of the other gazillion megalithic sites throughout Britain weren’t built for no reason (excuse my double negative). Those Druids (although some believe Stonehenge was built pre-Druid) had a connection to the natural world that we don’t share.

I’m not fanatical about it, though. It’s not as if I walk into a gravel parking lot and start feeling the vibe. But mostly I don’t scoff at the power of rocks because Merlin, that famed wizard himself, advised against it in his words to King Aurelius Ambrosius (Uther’s brother):

Laugh not so lightly, King, for not lightly are these words spoken. For in these stones is a mystery, and a healing virtue against many ailments.

And who’s going to argue with a wizard?