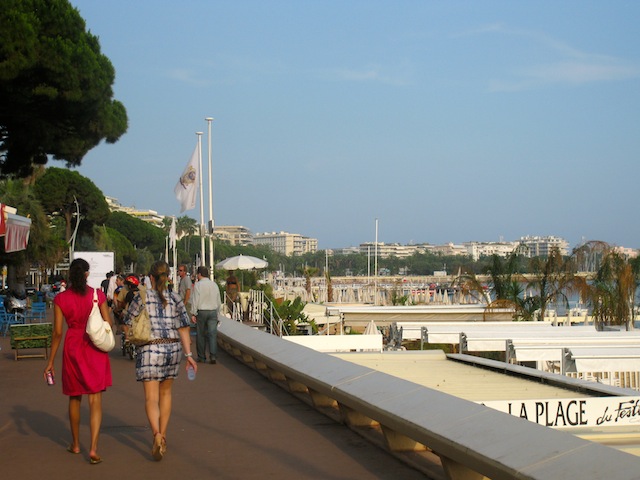 Luxury travel blog » Places to Travel » Europe Travel » France » Why I’m going to the Cannes Film Festival and staying in a convent
April 15, 2014 by Carol Perehudoff

Seriously, have you ever seen that old movie The Trouble with Angels, where Haley Mills goes to a convent boarding school and gets into all kinds of scrapes and then finds redemption? That’s going to be me!

There are 3 official juries at the Cannes Film Festival

What is the reason for the Ecumenical Jury, you ask? Let me tell you: The Ecumenical Jury seeks to “honour works of artistic quality which witnesses to the power of film to reveal the mysterious depths of human beings through what concerns them, their hurts and failings as well as their hopes.”

In layman’s terms, the Ecumenical Jury awards a movie that is transformative and redeeming.

When you think of a film that is transformative and redeeming, don’t you immediately think of the Italian movie, The Great Beauty, which is my new favourite movie of ALL TIME (except for Diva, Desperately Seeking Susan, that skinhead flick Romper Stomper and of course, the aforementioned The Trouble with Angels)?

The Great Beauty is completely redeeming, even though it involves nightclubs, decadence, shallowness, drinking to the point of oblivion and at least one one night stand.

Oh, but the surge of hope and fresh morning air at the end. Love it. Love it. And now I want to move to Rome and write one great book and then go to nightclubs for the rest of my life until I undergo self realization.

The Cannes Film Festival – it’s all about who you know

So, let me tell you how I am finally living my dreams and channeling Hayley Mills in The Trouble with Angels, and why I’m going to the Cannes Film Festival and staying at a convent.

I have a friend on the Ecumenical Jury. (Hi Kristine!) And she can invite a friend. And that friend gets a laissez-passer accreditation. And that means I’ll be terribly important and famous and everything. (I’m almost sure of it, even though I have no idea what laissez-passer actually means.) Maybe I’ll be even more famous than Hayley Mills was in 1969!

And we are staying at a convent in Cannes!

And when I’m not busy getting into adorable scrapes and shenanigans at the convent, no doubt I’ll be hanging around with Ryan Gosling, Catherine Deneuve, Meryl Streep and Robert Pattinson – just as soon as I figure out a travel wardrobe that goes from convent to red carpet.

So, hey Woody! Wait up! Yoohoo, Penelope, over here! Hey, is that Gerard Depardieu? Come back, wait! I want to tell you about my mischievous hijinks at the convent …

5 useless facts about New Hampshire
Next Post: Where are the Seychelles?