Looking to do some soul searching in France? There is no place like the famous Chartres Cathedral, an easy day trip from Paris. 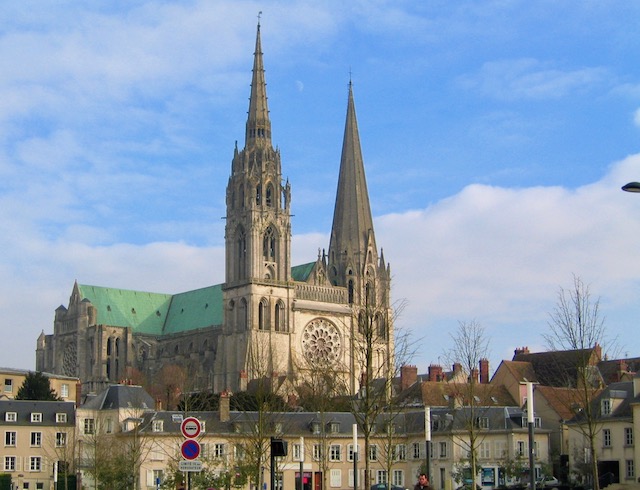 My own kind of soul searching in Chartres Cathedral

It had hit me the previous night. I’d been lying in my Paris hotel room planning my day trip to Chartres when I realized I should have been out carousing. Paris is made for bad behavior: think of Degas and Toulouse-Lautrec in the sleazy dance halls of Montmartre; Fitzgerald and Hemingway in the cafés of Montparnasse; the Beat writer Jack Kerouac, rambling drunkenly through the city in search of his roots. How had I been spending my evenings? Reading a guidebook.

The stained glass of Chartres

Overhead, the pointed arches of the cathedral shot into the air, stained glass windows smoldered like sapphires in a fire and underfoot, an ancient labyrinth lay coiled in the stone floor. Rebuilt in a short 30-year period after a fire in 1194 that destroyed everything but the crypt and the west front, Chartres Cathedral is one of the most harmonious examples of Gothic architecture in Europe, famed for its windows and sculptures.

You never know who you’ll meet at a church

Two young men approached, clutching tickets for the Chartres Cathedral crypt tour. One had a shaved head, a ginger goatee and a black motocross jacket; the other, a vicious-looking studded bracelet and baggy clothes. Their names were Raphael and Aurelien, they said, and I wagered that good behavior had never been a problem of theirs. 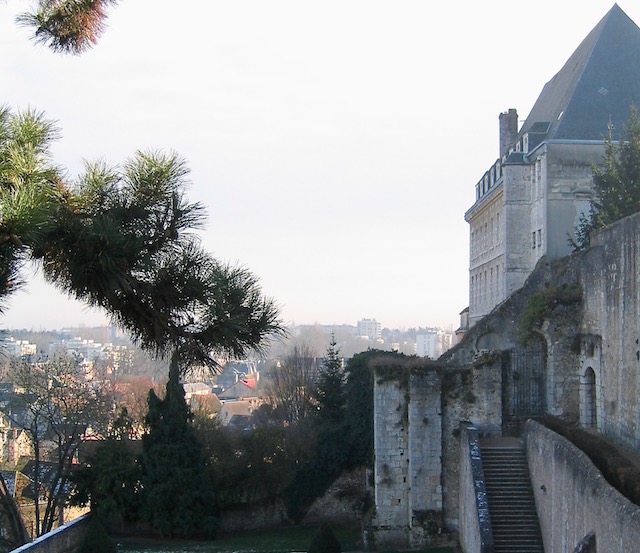 All types of pilgrims come to Chartres Cathedral

“Why did you come here?” I asked, as they didn’t look like your average churchgoer or tourist.

Aurelien leaned forward, revealing red-rimmed eyes. “We had to leave very early to get here, so we didn’t go to bed.”

A minute later a dark-haired man, bangs flopping in his eyes, swept into the church and introduced himself as Bruno, our guide. Unfortunately for me, the tour was only in French but along with my ticket I’d been given an info sheet in English.

Bruno led us to a locked staircase and we descended into the largest crypt in France. Predating Chartres Cathedral itself, its foundations are mainly Romanesque but its roots go back further. Before the first church was erected in the 4th century, it was a Druid site, believed to be a place of sacred energy.

Only parts of the crypt were lit. As we shuffled along down a gallery, Bruno flicked lights on and off, stopping at points of interest. Whatever he was saying must have been entertaining because Raphael and Aurelien were nodding and listening intently. Not understanding more than the basics, I amused myself by wandering off a few feet like a dog on an invisible leash, poking my head into shadowy corners, past pale frescoes into barrel vaulted chapels, using my photocopied sheet as a guide.

I paid more attention when we went a few steps lower into a sort of crypt within a crypt, the St. Lubin Chapel, built after the Vikings destroyed an even older church in 858. It felt like the bowels of the cathedral, with layers of history exposed. Part of the ground is 4th century. Bits of masonry are Roman. Behind me, five niches set into a semi-circular wall might have originally been windows, but no one is sure. Near a massive round column, a jagged entryway ripped out of the wall by a 20th century archeologist revealed an abandoned Carolingian passageway. Moving away from the others I sat on a ledge and breathed it all in, the still heavy air, the centuries of devotion.

Chartres Cathedral has a Druid past

Back in the main part of the crypt we stopped at an ancient Druid well, nearly as deep as the cathedral is high, and where, Bruno explained, the Vikings tossed various martyrs. While the three men launched into a spirited discussion, I strolled off with the vague intention of retracing the passage of the Middle Age pilgrims who would come to pray at a famous relic, the veil of the Virgin. According to my info sheet, it was a very structured procession. The pilgrims entered the crypt from a north entrance along a 70-metre-long gallery and circulated south from darkness to light.

As I was starting out from the wrong end, moving from the light into darkness, it was very hard to see. Bruno and the others fell out of earshot as I stumbled forward in the gloom. The weight of the cathedral felt immense and when I entered a pitch black stretch, I almost turned back. Taking a deep breath, I plunged forward, found the stairs, touched the closed-off entrance and turned around.

Finding my way back into the light

It was much easier going the right way. I tried to reverently recreate the pilgrim walk, but was hampered by the thought that Bruno had probably sent out a search party.

“Carol?” I heard a tentative call.

I scooted up the last few metres. “Sorry,” I said.

Seeing the relieved and somewhat puzzled expressions on their faces, I started to laugh. Were they worried? Did they think I’d disappeared into the depths like a victim from Tales of the Crypt? After a brief pause they grinned back, shook their heads and suggested we go out for a drink. I may not have had tattoos or a shaved head or stay out all night, but I no longer felt dull. In their eyes at least, I’d been very badly behaved.

Staying in Paris? Here’s an easy Paris travel guide. Looking for something unique? Follow the trail of Oscar Wilde in Paris.