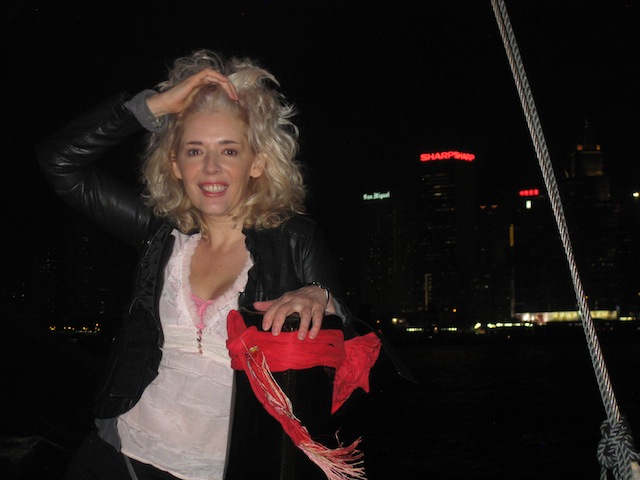 Channelling the Bachelorette in Hong Kong

Of course I don’t watch the Bachelorette!

Not that I watch the show. Not that I’m not an intellectual with lofty things on my mind at all times, like, why are my Canadian index funds going down? Why is the U.S. economy dragging them down and is the U.S. economy going to go into another mini recession because of crappy numbers?

Channelling the Bachelorette in Hong Kong on parallel trips

Anyway, back to the Bachelorette in Hong Kong and our parallel trips, because if Ashley and I both went there, you can pretty much guarantee they’re perfect sightseeing stops in Hong Kong. I, too, went on the Aqua Luna – the restored junk boat that sails around Victoria Harbour and is in every photograph you’ll ever see of the harbour.

The Aqua Luna in Hong Kong

Only I did not make out with a man named Lucas and say, “His manlihood makes me feel protected.” Seriously, Ashley?

No, I had a drink and took turns making devil faces with the other journalists in the crazy red light they use to light up the sails.

Channelling the Bachelorette in Hong Kong, in which Ashley and I both go to Victoria Peak

And then there’s Victoria Peak, the sensational Hong Kong viewpoint. I went up there, too, and saw a lot of fog and had fun but I didn’t make out with a man named J.P.

And I didn’t stay at the Conrad, either, and get ‘closure’ (ie dumped for good) from a lying playboy named Bentley. (Okay, a really good looking playboy). No, I stayed at the InterContinental Hong Kong and went to the spa.

I-Spa at the InterContinental Hong Kong

And if Ashley had gone to the I-Spa at the InterContinental with its infinity pools overlooking the harbour and good Feng Shui and sexy sleek treatment rooms with their own Jacuzzi and steam, she probably would have had a better time.

As it is, she just sat there and cried a lot when all the guys got mad at her because they learned she’d seen Bentley. And how, by the way, does her heavy 60’s-style eyeliner and mascara never run when she’s crying?

Life is beautiful in Hong Kong

In the end, one bachelor left and one was rejected (the dentist) in the Bachelorette Hong Kong episode – but thankfully Bachelor Ames didn’t get sent home because he’s the one with the smarts.

I thought he had a lovely sentiment when Ashley was tearfully saying how she never thought the men would take it so hard (the fact that she saw Bentley) and Ames said something like, “Everyone wants their fairytale to be simple. But it’s far more complex and that’s what makes life beautiful.”

So in the end, I didn’t get up and close to a bachelor, but I did get pretty chummy with a big jade pig.

And best of all, the pig didn’t bring me to tears like Ashley’s (extremely good looking) Bachelor pig, Bentley. So when people watch bad boys like Bentley on shows like the Bachelorette, and shake their heads and say that “all men are pigs,” I can reply with some certainty that pigs aren’t so bad at all. Especially when you’re channelling the Bachelorette in Hong Kong.