Behaving badly at the Fairmont Empress in Victoria, B.C.

It’s not everyday you look out your hotel window and see a gull staring back at you. But this gull obviously believed the Fairmont Empress Hotel in Victoria, B.C. was his home, and I was  invading his space and disrupting his view of the harbour, rather than it being the other way around. “Fine,” I said. “Be like that. I was leaving anyway.” 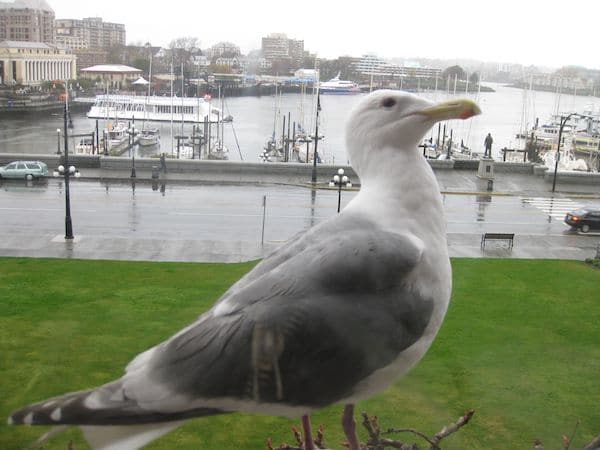 My mother and I were on a mission to engage in a high-risk lifestyle we wouldn’t dream of engaging in back home. And the Fairmont Empress in Victoria, B.C. was the perfect setting for our mischief. Legendary, elegant and iconic, the castle-ish Fairmont Empress is on both Condé Nast’s Gold List and on Travel + Leisure’s 500 Best Hotels of the World.
Its setting is prime Vancouver Island real estate. Centrally located in the picturesque city of Victoria, the Fairmont Empress overlooks Victoria’s Inner Harbour and the silvery blue Pacific.

Since 1908, it has been considered one of Vancouver Island’s top hotels, and my mother and I could rest assured, we would not be the first ones to get up to no good.

Behaving badly at the Fairmont Empress in Victoria, B.C. means spoiling yourself rotten with a great hulking suite

While we didn’t stay in the Vice Regal Suite like Ozzie Osbourne before us (imagine the behaviour that went on then! Headless bats, anyone?) we did opt for a 2-bedroom Harbour View Suite with 2 bathrooms. I know, right? It was a once-in-a-lifetime thing – at least until we do it again.

It’s not as if my mother and I had time to stick around suite wasting time – we were too busy being reckless and devilishly wild. Yes, that’s right. We were going to skip lunch and go straight to Afternoon Tea.
So bring on the signature Empress Blend that’s a mix of teas from Kenya, South India, Assam, Sri Lanka and China. And just where is Assam, anyway? (I just looked it up, it’s in Northeastern India).

According to the packet the Empress Blend manages to be thick, malty, full-bodied, fruity, sprightly, floral-like and piquant all at once. And I do like my tea sprightly.

Caffeine is one thing, pastry is another

Good as a sprightly malty cut of tea may be, it paled against the onslaught of shortbread, scones, brownies, lemony things and sandwiches. Not exactly the most healthy of all lunches, but as I said before, my mother and I were throwing caution to the wind. Travel brings out the dark side.

After Afternoon Tea, because we were barely walking due to a sugar coma and had to do something to feel better, we went to the hotel’s Willow Stream Spa. I love the mineral pool at the spa, and it turns out that once was not enough. I went three times, though was heartily disappointed when it was closed for cleaning on my last morning and my final dip was thwarted. You owe me one, Empress Hotel. 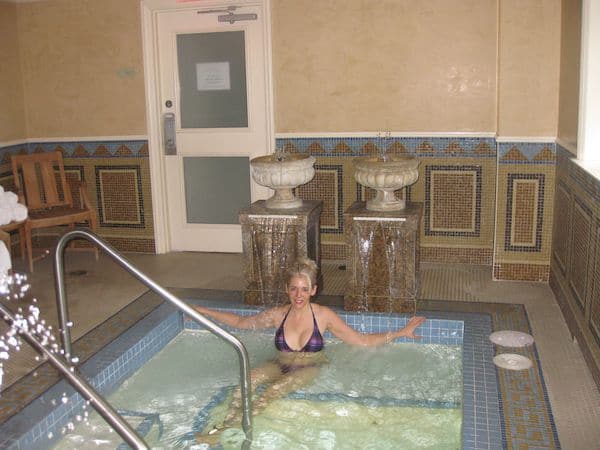 I had an excellent facial there. Oh, they tried to talk me into a nice gentle facial, like the Sensitive Skin facial or the Royal Facial but I was having none of it.
“No!” I said. “I want the strong stuff! Give me chemicals!” And so I had the Beyond Botox Facial after a small tussle with my mother.

But all good things must come to an end, and the final tally of Empress activities comes to:

3 meals at the Bengal Lounge (love the curry buffet), 1 high tea, 1 fancy dining room dinner, 2 complimentary hors d’oeuvres snack meals in the Gold Lounge because we were too tired (and stuffed) from Afternoon Tea to eat dinner.

3 spa treatments: 1 Beyond Botox Facial for me. 1 manicure and 1 pedicure for my mother.

We might have been behaving badly at the Fairmont Empress in Victoria, B.C. but not as badly as Peter Lawford and Barbara Streisand

While we definitely ingested too many calories, we were in no way as badly behaved as Peter Lawford who was tossed out on his bottom after trying to forcefully seduce a room-service girl.
And, it should also be noted, that we weren’t turned away from high tea either, like Barbara Streisand was for not meeting the dress code. So thank you, Empress, for letting us meet your high standards, and may we meet again. 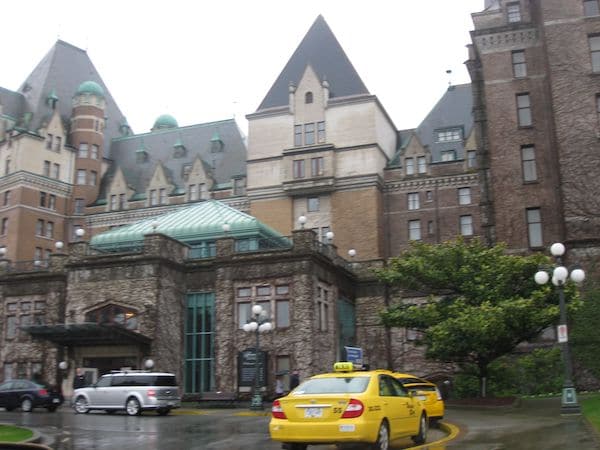 Go ahead: Plan your own stay at the Fairmont Empress Hotel in Victoria, B.C.

Read more: For more Canada blog posts and information visit Things to do in Canada.

Previous Post: « The people you meet – Hainan Island
Next Post: A Couples Getaway to Muskoka … with Ducks »